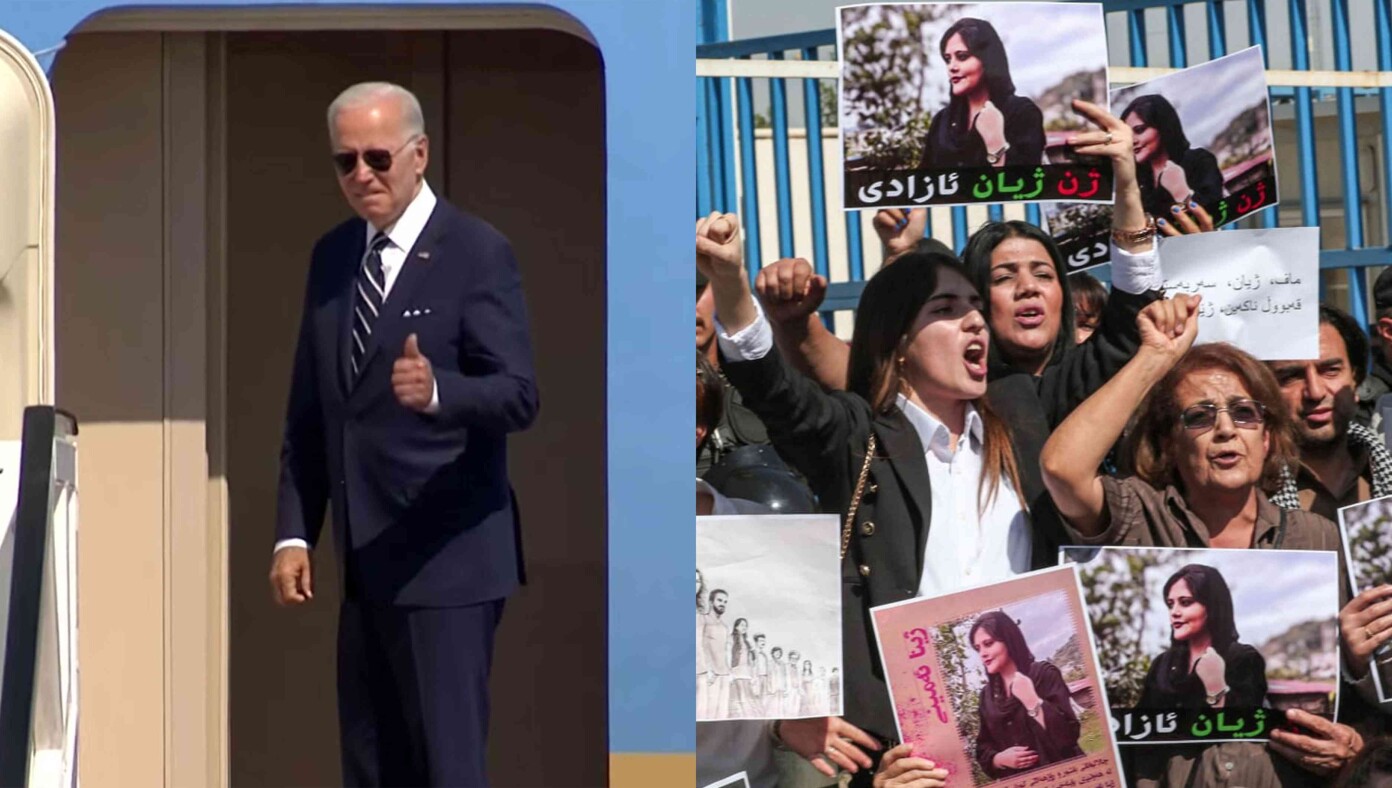 TEHRAN, IRAN — The protests in Iran have been raging for over a week, with more speaking out against Iran’s use of “morality police” in enforcing hijab wearing among women. The protests, sparked by the death of a young woman in police custody arrested for hijab noncompliance, have been marked by the defiant acts of hijab-burning and hair-exposing, which prompted Biden to launch an emergency trip to Iran to show his solidarity with the Iranian women’s hair.

“The women of Iran need my help – we are helping them throw off their impressive, excuse me, their oppressive rules. Who here is sick of these rules, by show of hair? Pardon, I meant ‘by show of hands’?” President Biden spoke to protesters in Tehran on Monday, reaching out to capture a stray woman in need of hair-sniffing.

In brief remarks read from a teleprompter, Biden noted that the protests mark a watershed moment in Iran’s history, as well as an opportunity to throw off the shackles of Sharia law, which has been the law of the land since 1979. “The time for the oppression of women’s hair to end is now. It is now! Repeat the line. Pause for applause.”

Eyewitnesses say the President’s aides frantically waved for him to read only the non-italicized words from the teleprompter and motioned for him to take his seat when he finished his speech and began moseying around the stage, having also lost his “YOU take YOUR seat” prompt card. Sources confirm that the aides lured the President to find his seat by placing a woman with uncovered hair nearby, causing his nostrils to flare and his eyes to become bloodshot as he pursued her for a sniff.

At publishing time, chants of “death to the dictator” and “no more hijabs” continued to be heard, with President Biden sidling closer to the women with uncovered hair as he joined in the chanting, wide-eyed, nostrils dilated and fingers wiggling in anticipation.

This entry was posted in Humor and tagged Hair. Bookmark the permalink.