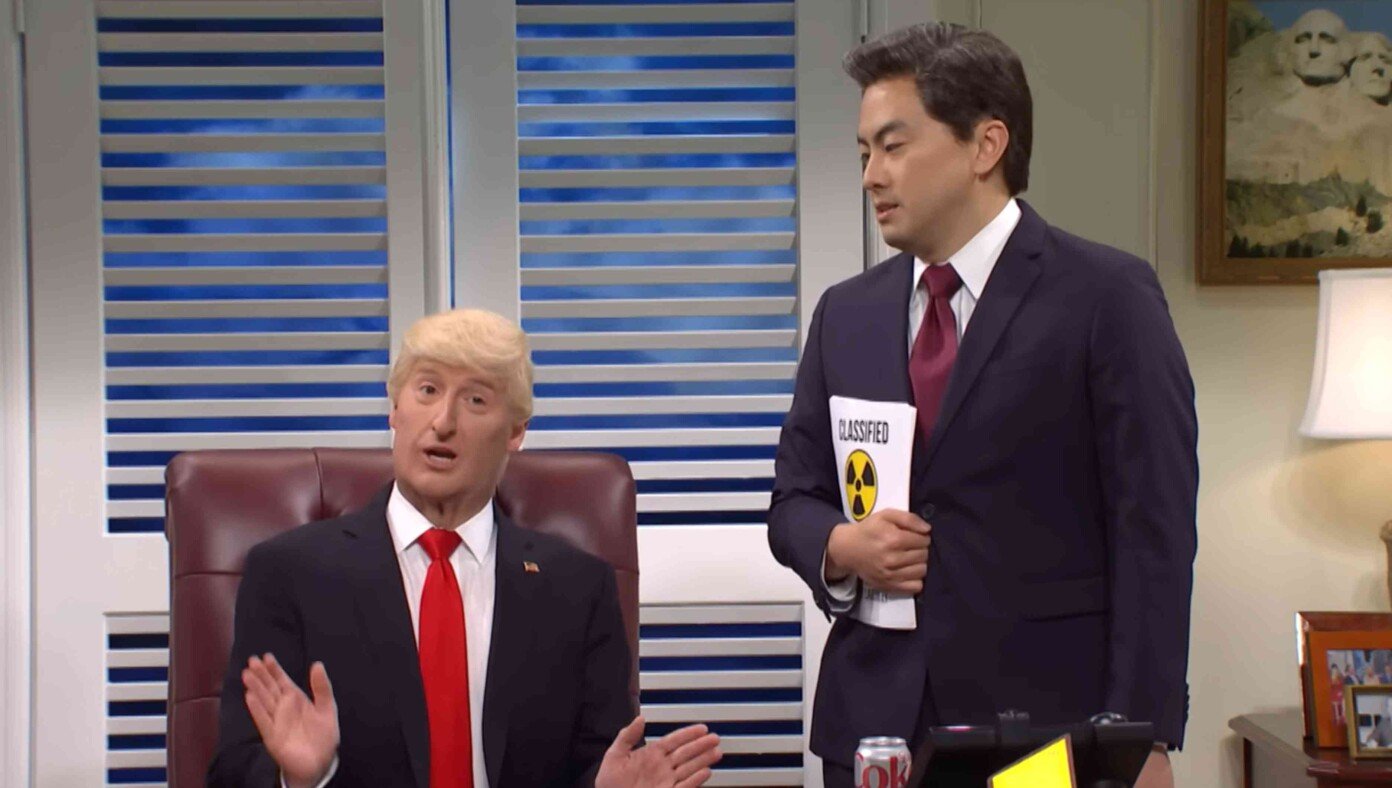 NEW YORK CITY, NY — Saturday Night Live has launched yet another season featuring more parodies of former President Donald Trump. The cast and crew stated they would love to make fun of the current president too if only he ever did anything at all deserving of mockery.

“Sadly, we just can’t think of anything funny to say about an 80-year-old president who talks to ghosts, wanders aimlessly around the room, and says weird racist things at inappropriate times, ” said producer Lorne Michaels. “Oh well — time to make fun of Trump again!”

According to sources the rest of the cast felt the same way. “Are there any jokes we can make about the most powerful man in the world who says things like ‘lying dog-faced pony soldier’? Ah crap, I’m coming up empty here,” said Kenan Thompson. “Believe me, we’d be the first to parody Biden if he so much as slipped on the stairs, crashed his bicycle, claimed to be Puerto Rican, or flat-out exhibited all the defining symptoms of dementia.”

When confronted by journalists Lorne Michaels replied, “Look, our job is to satirize the biggest, most important issues of the day — like a President who is no longer in power and living at a golf resort. We’re not here to ridicule the man in office who sniffs kids and makes up nonsensical words. Now, maybe if he had an unlikable VP who talks like a 7-year-old child in speeches, we’d have some good material.”

At publishing time, SNL producer Lorne Michaels finally caved and directed his team to tell some jokes about Biden once they hire a single funny cast member.