US Media’s Intellectual No-Fly-Zone on US Culpability in Nord Stream Attack, by Bryce Greene

It’s a lot more likely that the U.S. government blew up the Nordstream pipelines than that the Russian government did. The latter has no motive and every reason to want to keep the pipelines intact. From Bryce Greene at fair.org: 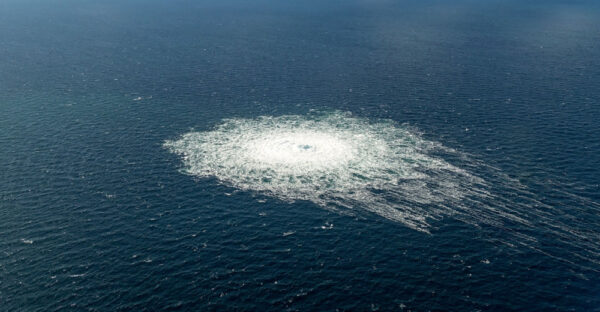 Multiple explosions last week off the coast of Poland damaged both the Nord Stream 1 and Nord Stream 2 pipelines, shutting down one and preventing the other from going online. The pipelines, intended to carry natural gas from Russia to Germany, are critical infrastructure for Europe’s energy markets. 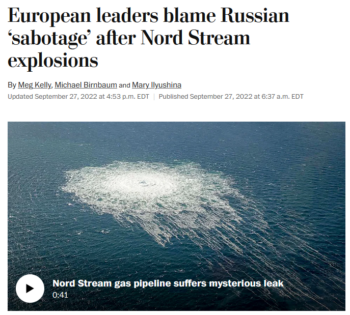 “Only Russia had the motivation,” the Washington Post (9/27/22) claimed—even as it reported that the pipelines “deepened Europe’s dependence on Russian natural gas,” which “many [presumably Western] officials now say was a grave strategic mistake.”

After the explosions, much of the press dutifully parroted the Western official line. The Washington Post (9/27/22) quickly produced an account: “European Leaders Blame Russian ‘Sabotage’ After Nord Stream Explosions,” citing nothing but EU officials who claimed that while they had no evidence of Russian involvement, “only Russia had the motivation, the submersible equipment and the capability.”

This entry was posted in Government, Media and tagged Nordstream 1 and 2 sabotage. Bookmark the permalink.