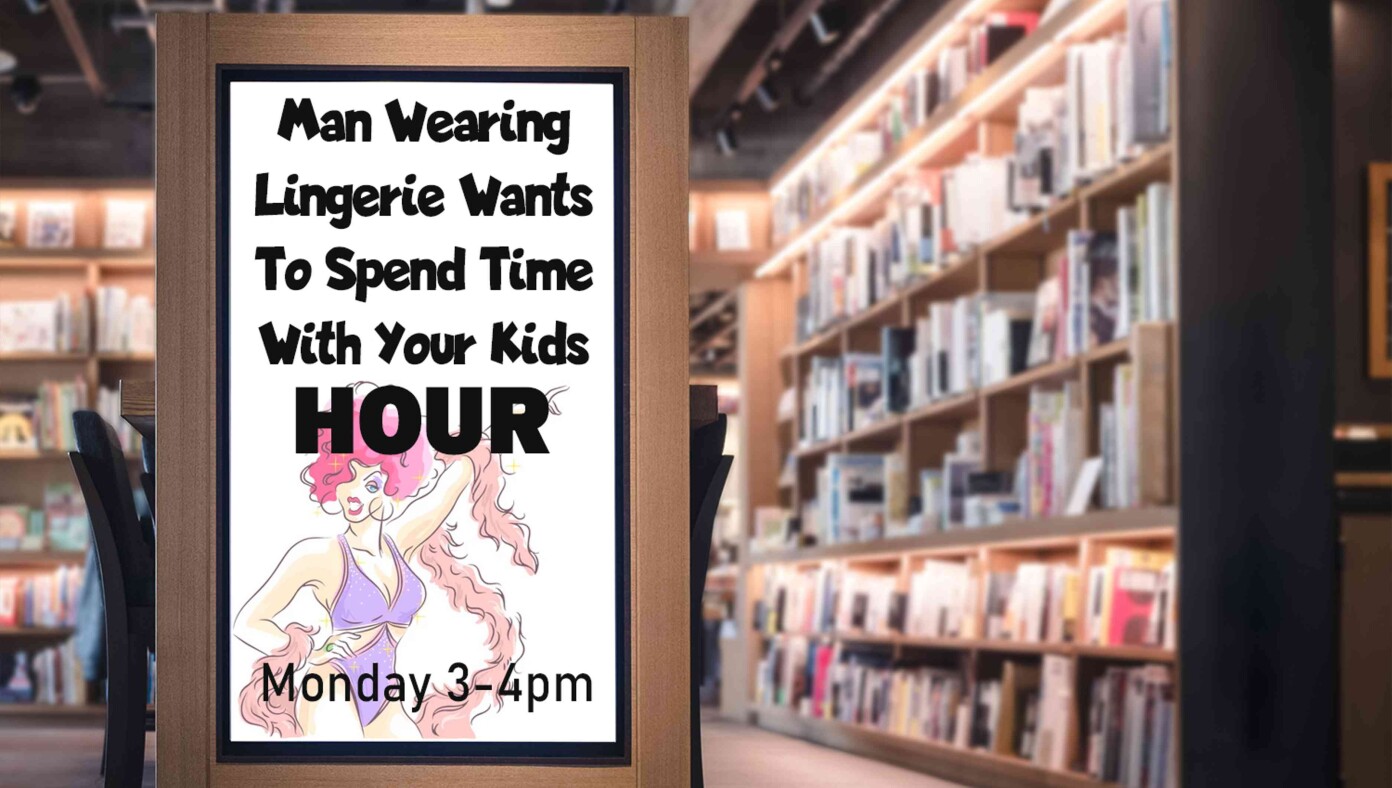 “We are absolutely baffled as to why no one wants to come to ‘Man-Wearing-Lingerie-Wants-To-Spend-Time-With-Your-Kids Hour’ all of a sudden,” said Brandie Schmuts, a former Drag Queen Story Hour host. “Just yesterday we were told how brave, beautiful and important it is to spend quality time with small children at libraries, and now we aren’t invited anywhere. What gives?”

According to sources, local parents have expressed their concerns and hesitancy to support these story hours after suddenly realizing they involve grown men in lingerie spending time with little kids. “My eyes are opened,” said concerned parent Hank Richards. “My alarm bells started going off when the library changed the name of this event. It seems super creepy now.”

“We’re still out here doing the same thing we’ve always done,” continued Brandie Schmuts. “We’re getting a bunch of men to dress up in skimpy, sexualized women’s clothing to share with the most innocent, young, and impressionable minds why half-naked grown men speaking to children is a good thing, actually.”

At publishing time, the Drag Queens tried switching their story hour name again to either “Grown-Men-In-Thongs-Twerk-For-Justice-On-Your-Kids Hour’ or “Confused-Men-Sexually-Confuse-And-Scar-Your-Children-For-Life Hour,” but everyone was still too bigoted to let them within 500 yards of the schools.