Would Russia just make up a story like this? From Scott Ritter at consortiumnews.com:

Russia appears to be legitimately concerned about the possibility of Ukraine building and using a “dirty bomb,” so much so that it has taken the unprecedented step of reaching out to multiple senior Western defense authorities.

In the span of a few hours on Sunday, the senior-most Russian defense authorities — Minister of Defense Sergei Shoigu and General Gennady Gerasimov — called their counterparts in the U.S., U.K., France, and Turkey, with the same message — Ukraine is preparing to detonate a so-called “dirty bomb”— high explosive-wrapped radiological material, designed to contaminate large areas with deadly radioactive isotopes.

Russia is not only concerned about the immediate impact of Ukraine detonating such a devise in terms of the harm that would be done to people and the environment, but also about the potential for such an event to be used by Ukraine’s western allies to directly intervene militarily in the ongoing conflict, similar to what occurred in Syria when allegations about the use of Sarin nerve agent by the Syrian government against civilians were used by the U.S., U.K., and France to justify an attack on Syrian military and infrastructure targets. (It turned out that the allegations of Sarin use were false; the jury is still out about the use of commercial chlorine as a weapon.) 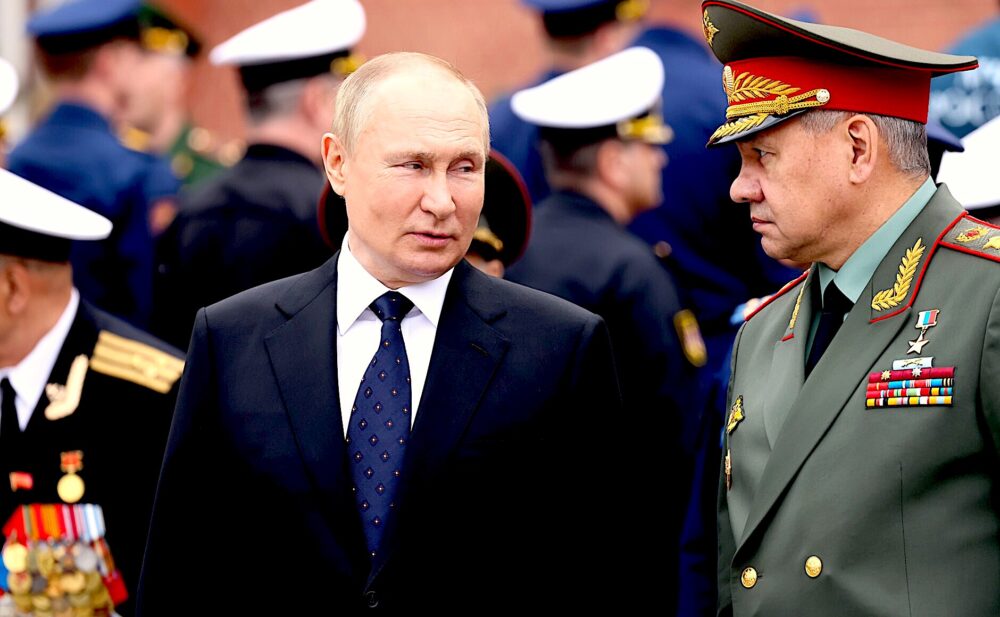 President of Russia Vladimir Putin with Defense Minister of Russia Sergey Shoigu after a wreath-laying ceremony at the Tomb of the Unknown Soldier. (Kremlin.ru, CC BY 4.0, Wikimedia Commons)

Russia is to raise the matter at the U.N. Security Council on Tuesday, Reuters reported.