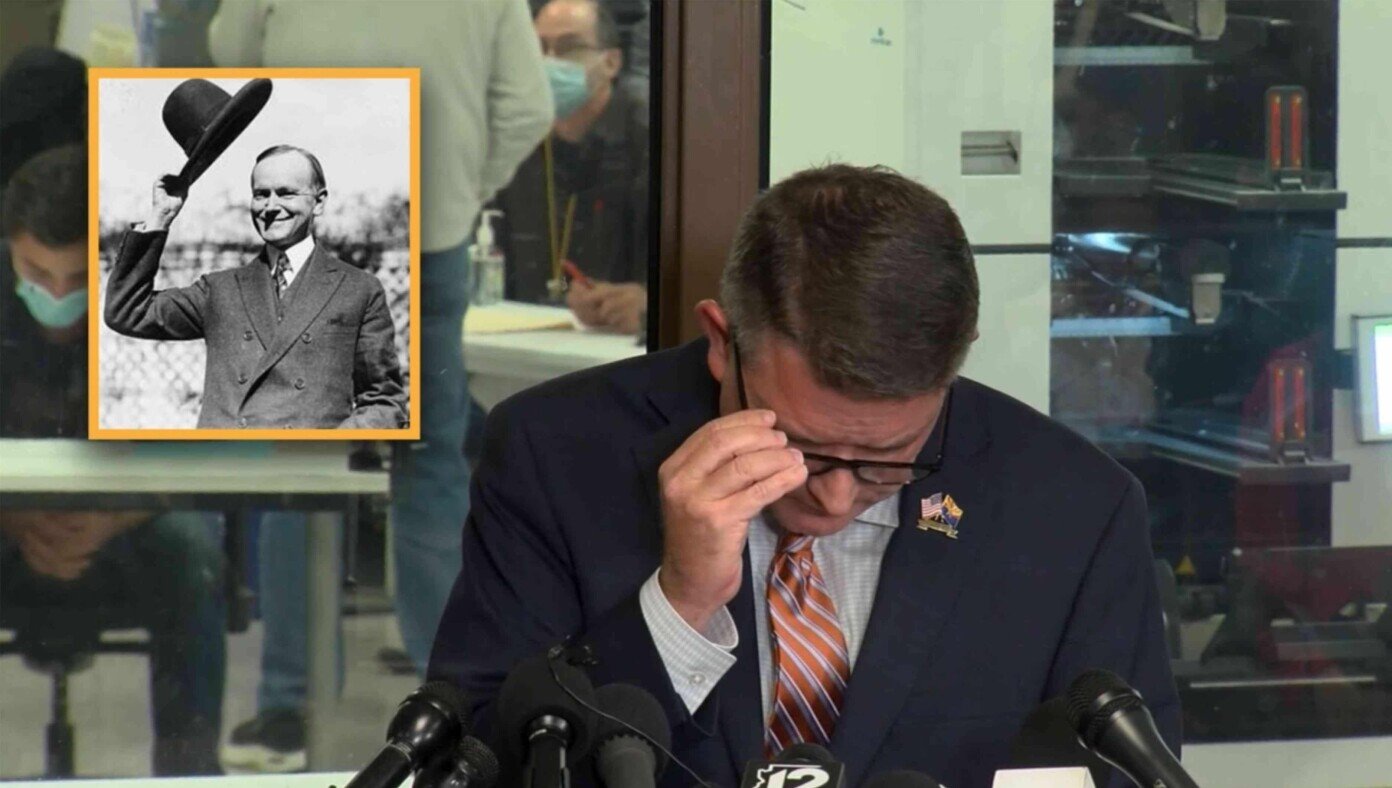 PHOENIX, AZ — After finally tallying the votes from Maricopa County, Arizona has announced that Calvin Coolidge has narrowly defeated John Davis for its three electoral votes.

“We are finally ready for the big announcement,” said Election Chairman Bill Gates. “I know the rest of the country has been patiently waiting. We are thrilled to announce that every vote in the 1924 Presidential election has at last been tallied, with Mr. Calvin Coolidge now set to receive all three electoral votes posthumously!”

Though happy to hear about Mr. Coolidge’s victory, the remainder of America has continued to ask when we might know the results of the most recent election. “We do recognize that the slight delay in certifying our vote is not entirely ideal, since Mr. Coolidge apparently died back in 1933,” said Arizona Secretary of State Ms. Hobbs. “However, we stand by our practice of locking every ballot away in a cellar for thirty years and then asking a drunk raccoon to count the votes. It has worked so well in the past, we see no reason to change now.”

According to sources, Ms. Hobbs periodically replaces the drunk raccoon by catching one in her backyard and then steadily introducing Jim Beam into its diet. “People act like I’m so lazy, but this system takes a tremendous amount of work,” stated Ms. Hobbs. “Everyone needs to spend a few days trying to teach a raccoon to shoot whiskey before they come at me with all their criticism.”

At publishing time, Arizona posted an update that Dewey actually defeated Truman in the infamous 1948 election.