Trump will certainly want to join this conversation; it’s about his favorite subject—Trump. From Kurt Schlichter at theburningplatform.com: 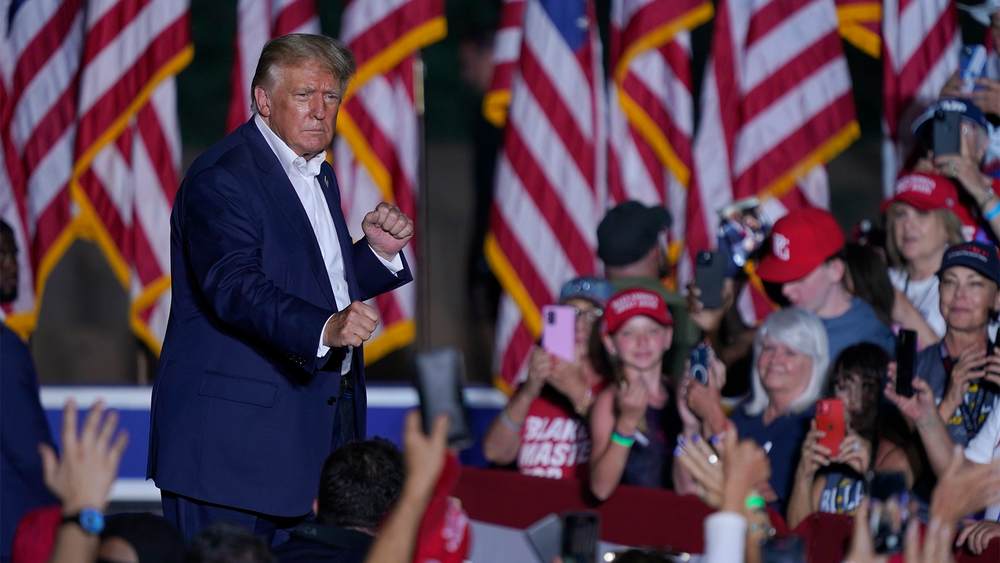 The midterm clusterfark has drawn plenty of hot takes and instant analyses that range from insightful to self-serving to unbelievably stupid. But now that we have gotten past the initial blasts of the flamethrower, perhaps we should take a breath and sit down, and think about where we are as a movement and what we need to do as a party for 2024. There’s a lot to talk about, from procedural questions like how we intend to cope with the new world of extended mail voting to substantive imperatives like how we must repeal the 19th Amendment as it applies to single, liberal women who vote for their Democrat Daddy in appalling numbers. We need to ask questions about candidate selection, money, issue choices, and a bunch of other stuff. And we need to answer the question of what to do about Donald J. Trump.

My DMs and texts and chats and super-secret Townhall VIP email (Join with promo code KURT for a discount!) exploded – I mean, they went the full Nagasaki – during the 24 hours after the election, and most of it was along the lines of “I am so done with Trump!” It was not just a few people, and it was not only on back channels (Twitter was alive with Trump-roasting). It was a lot of people, and most were pretty damn hardcore. These were not Never Trump sissies or establishment shills – those losers don’t get to talk to me. These were people who, unanimously, were grateful for what Trump did.

But while Trump, like many others – RINOs, pundits, us voters – own a hefty share of this Jeffrey Toobin Zoom call of an election night, it’s all a little too simple, a little too easy to think that we’re good to go if only Trump gets up and goes. Trump is not the GOP’s only problem. It was out of touch with most voters before he took over – hell, that’s why he was able to take over. And the problems with the GOP that led to Trump will not be fixed even if Trump vanishes tomorrow.

This entry was posted in Politics. Bookmark the permalink.