CBS News Officially Confirms That Lincoln Has Been Shot 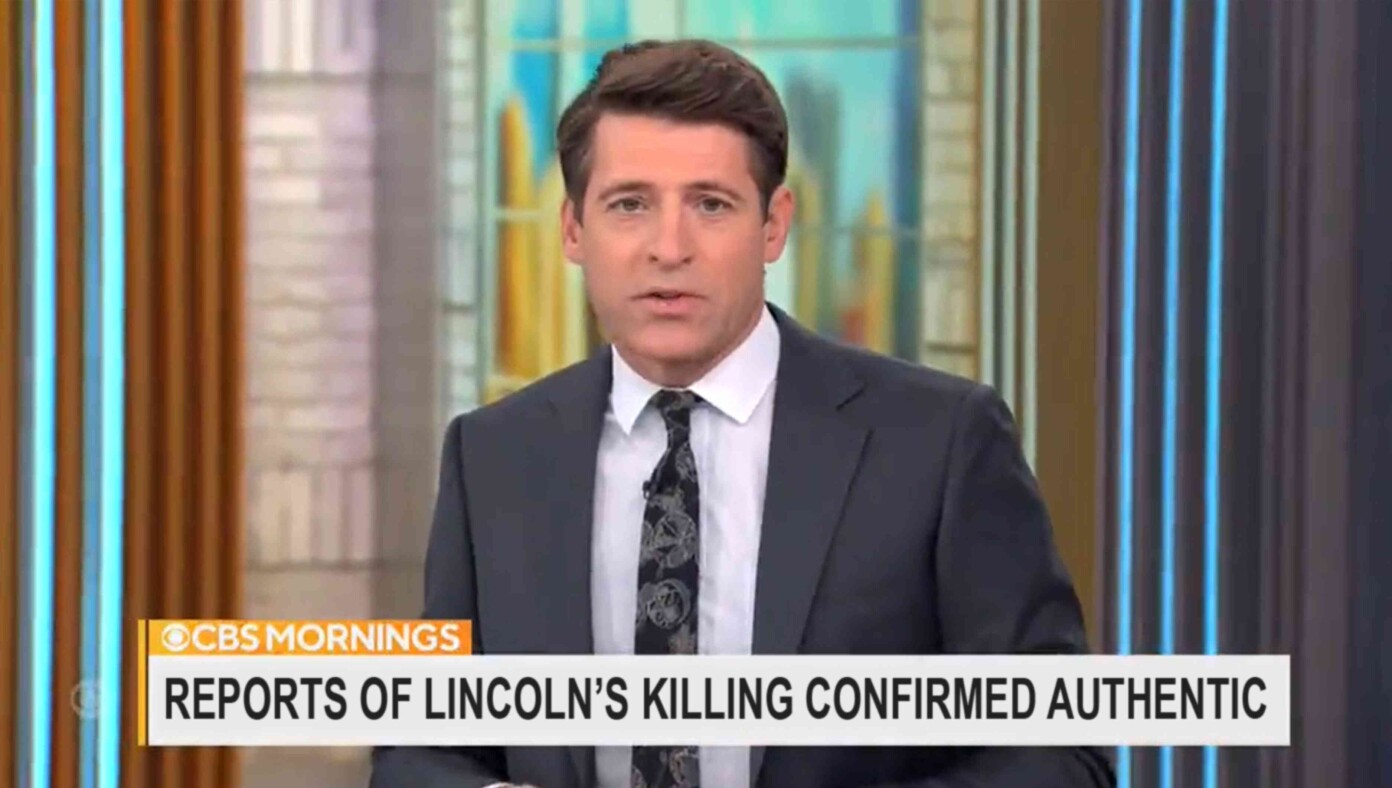 “It can be dangerous to rush to declare a story ‘true’ when it has all the earmarks of Confederate Disinformation,” said CBS News anchor Tony Dokoupil to his viewer this week, defending the outlet’s delay on confirming the veracity of the story. “Confirming a story too soon can mislead people. To keep the public informed, we are proud to have censored the story about Lincoln’s death until a few hundred years – and while it’s no longer relevant and all Lincoln’s grandchildren are dead, we’re glad we waited until we were sure the coast was clear.”

CBS News has put out a press release regarding the timing of their breaking the Lincoln story, adding that waiting to gather all the relevant facts and avoiding jumping to conclusions helps keep the populace informed. “If the story about the 16th President’s death turned out to be a hoax even 100 or 150 years after the fact, it could have unfairly helped Republicans in elections – and this is something our organization is sworn to resist.” The press release ended with a black fist emoji and the hashtag “#Resist” as well, indicating the strength of their resolve.

At publishing time, the story on Lincoln’s death had to be reopened for consideration as CBS received new information that the Democrats needed to prevent him from being labeled as a “martyr” for Republicans. Over 50 intelligence agents have since signed a statement saying the “Assassination From Hell” story is likely disinformation. Discussing it has already been banned on all social media platforms except Twitter and Truth Social.