Well here’s an inconvenient truth for the global warming crowd. From Tyler Durden at zerohedge.com:

The COP27 climate change conference wrapped up last month. World leaders flew in private jets to Egypt to discuss how fossil fuels were quickly heating the planet to the point of no return, as humanity was doomed if crucial climate change policies weren’t implemented. But while the climate alarmist leaders met in the desert, November’s snowfall across the Northern Hemisphere was running at rates exceeding a half-a-century average.

NOAA and Rutgers University released new data that showed snow cover across the Northern Hemisphere reached the highest level since measurements began in 1967 and are currently above the 56-year mean. 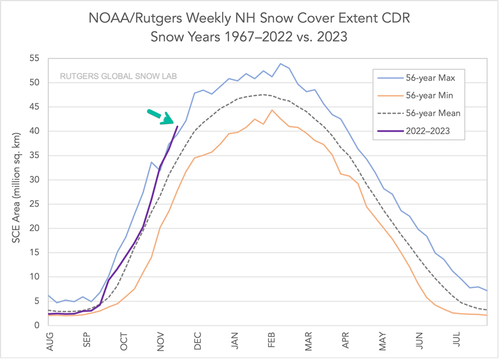 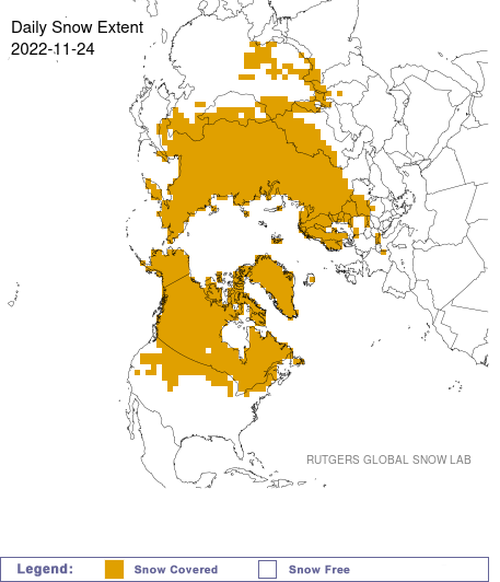 This entry was posted in Environment, Science and tagged Northern Hemisphere snow cover. Bookmark the permalink.