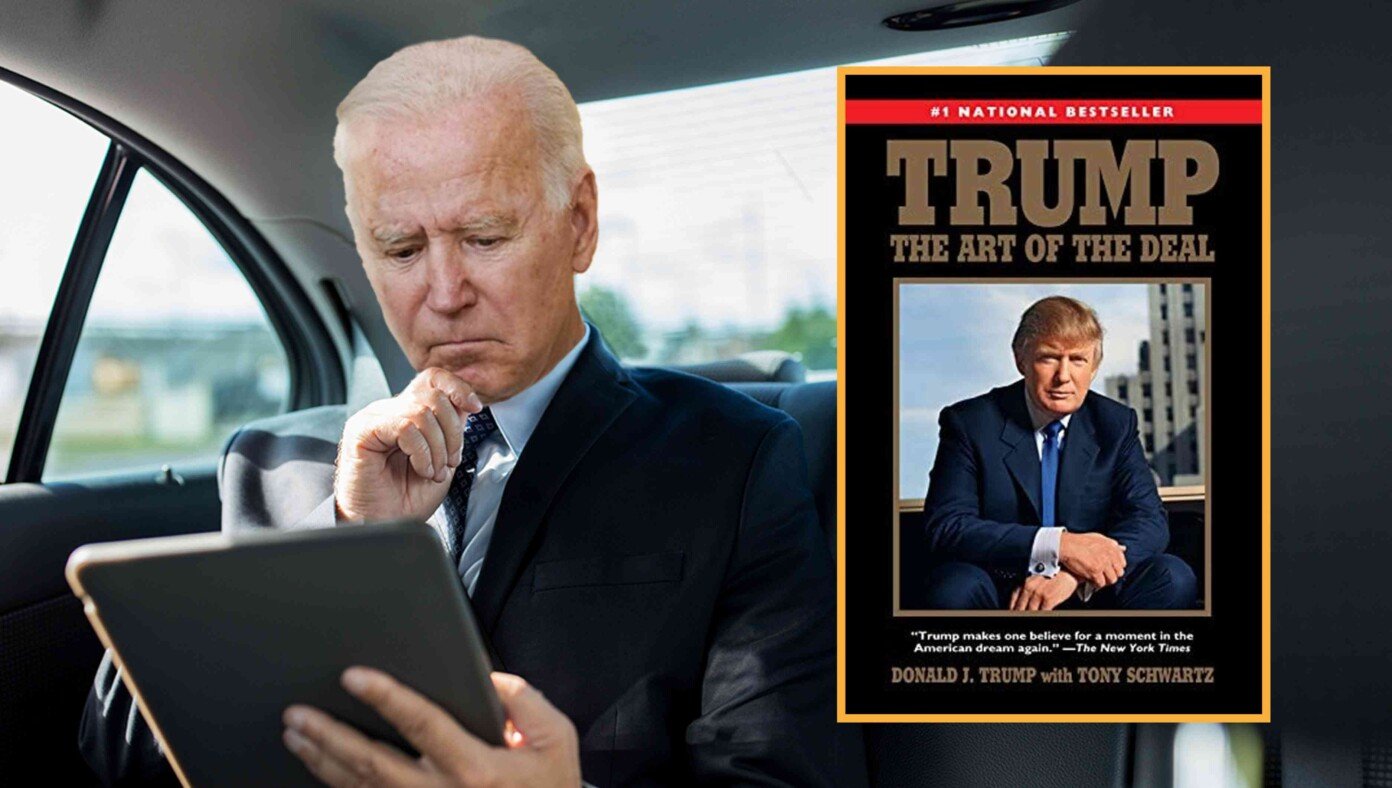 WASHINGTON, D.C. — In response to negative backlash over a poorly negotiated prison exchange with Russia, President Biden has begun reading The Art of the Deal by Donald Trump.

“I vow to do better,” Biden told the family of Paul Whelan, a former U.S. Marine who is still stuck in a Russian prison. “That’s why I picked up this great book from the library.”

“I mean look at this guy. He looks like he makes deals every day!” said Biden, holding the book up proudly. “I promise you I’m going to be just like him. A real go-getter!”

Biden has committed to finishing the book before reopening negotiations with the Russian government, say officials close to the president. The president is reportedly staying up as late as 6 PM to squeeze in some reading time.

“I’m going to be the master of the art of the deal, Jack!” Biden told CBS’ Margaret Brennan. “No one will want to play Monopoly with me after I’m done with this book! Not a joke.”

According to sources, Biden has been honing his new skills by trading Pokémon cards with kids outside the White House. “I traded a Flareon holo card for three Magikarps,” Biden confirmed. “I’m doing it! I’m making deals!”

At publishing time, Biden was hopeful that Putin would accept some Pokémon cards in exchange for Paul Whelan.