News flash: the Ukraine is getting its ass handed to it. From Moon of Alabama at moonofalabama.com:

The Russian military is still integrating most of the mobilized 300,000+ men and volunteers. According to Putin 25% of the mobilized forces are in combat units, 25% in rear positions, while 50% train in Russia. It does not look like an imminent all out attack on the Ukrainian front lines is in the cards. The expected large winter attack may not be coming at all. Instead the new forces will rotate through the frontline and only attack locally whenever they see an opportunity.

The Russian do not need to attack. Their task is to demilitarize Ukraine. As long as the Ukrainians come to the front lines and attack the Russians their is no need to launch a large attack on them.

The map from a months ago versus today shows only a few small changes of the front lines. 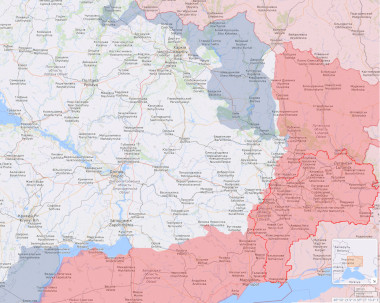 However, the does not mean that nothing is happening. 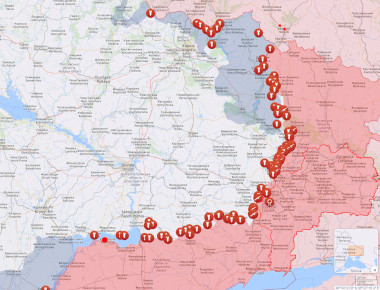 Every day all of the frontline sections are full of artillery/bombing symbols. That is mostly Russian artillery mowing the grass and killing Ukrainian soldiers.