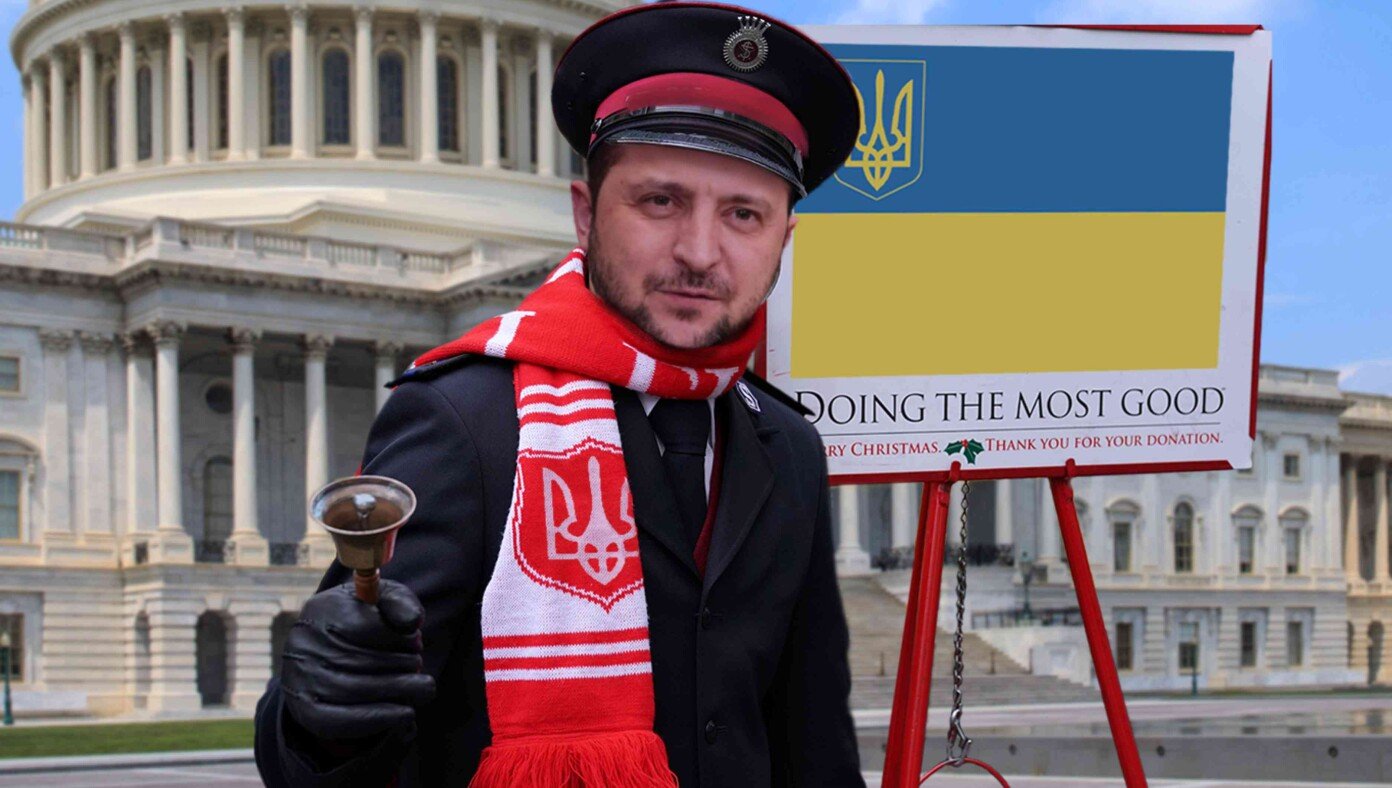 WASHINGTON, DC — Only a day after his address to Congress, Ukraine President Volodymyr Zelensky was seen ringing a bell next to a red donation bucket while standing outside the entrance to the U.S. Capitol building. Sources say it’s yet another attempt to seek money for his nation’s war effort against Russia.

“Every dollar is vital to our righteous cause,” Zelensky was heard telling lawmakers and other staffers as they entered the Capitol. “The tens of billions of U.S. taxpayer dollars you have sent thus far is simply not enough. We require more funding for munitions, vehicles, government salaries, and my wife’s shopping trips in Paris. Please, this is of the utmost importance.”

Senators and members of the House of Representatives were seen eagerly digging into the pockets of the members of their entourages for spare cash and loose change while making sure the nearby media was able to capture images and video of them making their donations.

“To deny President Zelensky the ongoing funding he so desperately needs is truly evil,” said outgoing Speaker of the House Nancy Pelosi as she commanded one of her aides to place money in the bucket on her behalf. “Anyone who is unwilling to give more money to Ukraine clearly also hates the United States and everything decent and holy in the world.”

At publishing time, Congress was believed to be working on increasing taxes so they could give even more of the American people’s money away while Zelensky was overheard asking members of Congress to provide him with an even larger bucket.