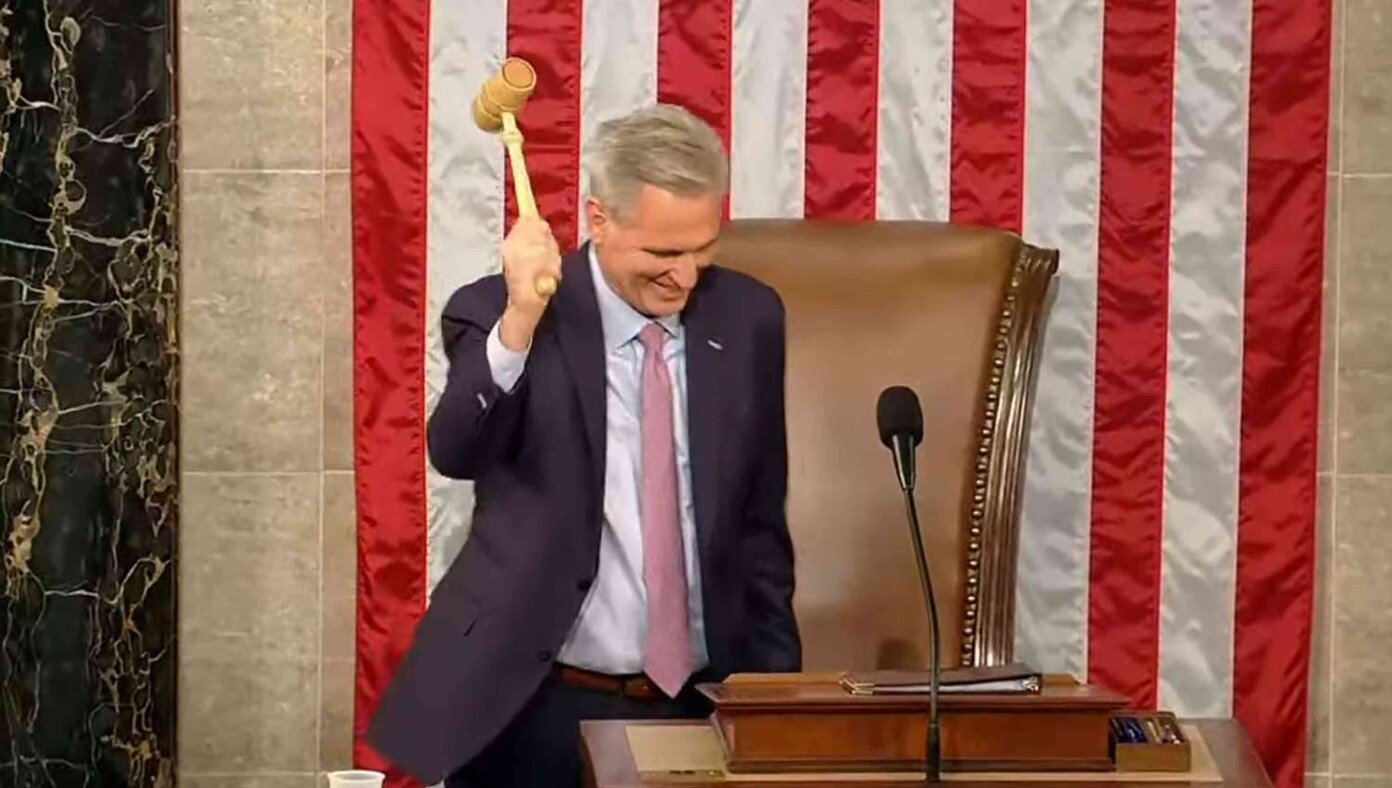 WASHINGTON, D.C. — After a week of grueling votes for Speaker of the House — 15 in total — Kevin McCarthy was finally handed the people’s gavel and took his rightful place as Speaker. He lifted it up to the raucous applause of both Democrats and Republicans, signaling that the week of Congressional inactivity was over and the long national nightmare of taxing, spending, and corruption could finally begin.

“Finally, we will get down to the people’s business of stealing all their money for our pet projects, making backroom deals, and holding meaningless investigations where we yell and point angrily at people to get some sweet sound bytes for our reelections,” said McCarthy to the assembled warmongers, rapists, and half-dead geriatrics in the room. “Our long congressional nightmare is over, and the long national nightmare is finally here! Huzzah!”

Those in the crowd who were still sober enough to stand then stood and cheered.

At publishing time, Congress had already authorized another $100 billion to Ukraine.