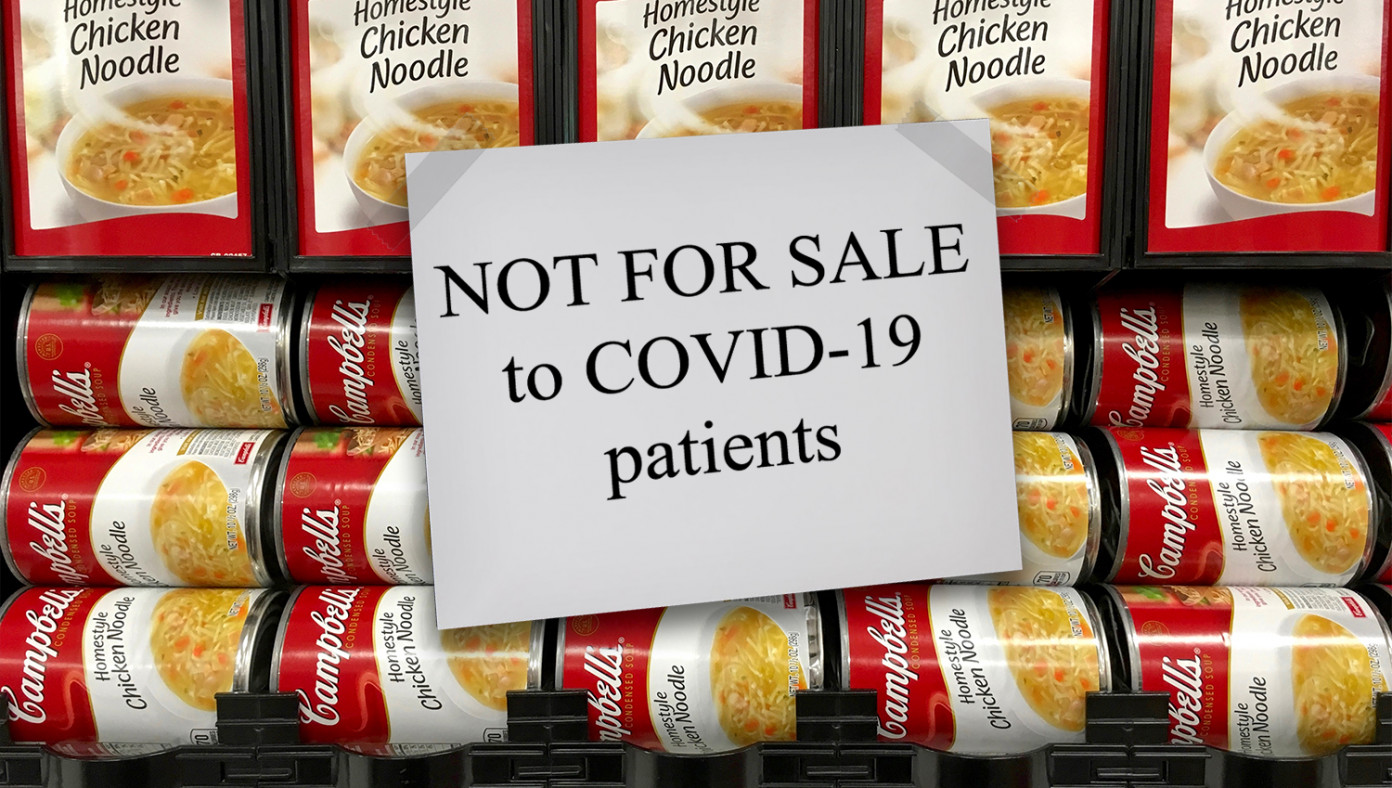 U.S.—Supermarkets nationwide are no longer selling chicken noodle soup in an attempt to combat COVID-19 self-medication with unauthorized treatments. Medical experts have grown concerned by a recent trend in the infected to self-medicate with the popular soup to feel better.

White House Press Secretary Jen Psaki confirmed a mandate to limit chicken noodle soup was recommended by the CDC. “As in the case of Ivermectin, a known horse de-wormer, many people were attempting to self-medicate with a hot bowl of soup. This is giving people a false sense of security and leading to violent overdoses in which belching and nausea occurred,” she clarified.

When pressed for more information Psaki referred reporters to the CDC, which will not answer their phone calls.

Racist Fox News reporter, Peter Doocy, then asked if clam chowder was being pushed as an alternative to chicken noodle because Dr. Fauci had investments in the clamming industry. “The American people want to know if the government is being influenced by Big Clam,” he added.

Chicken noodle soup will still be available with a doctor’s note and valid proof of insurance.