Winter is Coming, by Jim Quinn

Jim Quinn, basing his outlook on Strauss and Howe’s The Fourth Turning, sees an immediate  future of turmoil and strife. From Quinn, at theburningplatform.com: 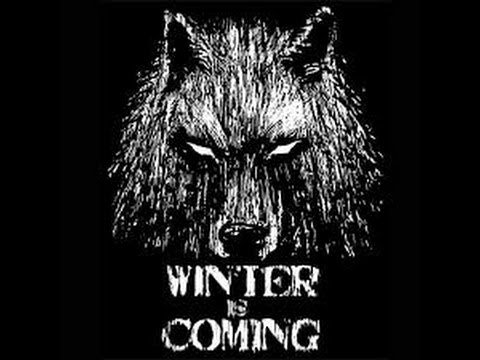 “Reflect on what happens when a terrible winter blizzard strikes. You hear the weather warning but probably fail to act on it. The sky darkens. Then the storm hits with full fury, and the air is a howling whiteness. One by one, your links to the machine age break down. Electricity flickers out, cutting off the TV. Batteries fade, cutting off the radio. Phones go dead. Roads become impassible, and cars get stuck. Food supplies dwindle. Day to day vestiges of modern civilization – bank machines, mutual funds, mass retailers, computers, satellites, airplanes, governments – all recede into irrelevance.

Picture yourself and your loved ones in the midst of a howling blizzard that lasts several years. Think about what you would need, who could help you, and why your fate might matter to anybody other than yourself. That is how to plan for a saecular winter. Don’t think you can escape the Fourth Turning. History warns that a Crisis will reshape the basic social and economic environment that you now take for granted.” – Strauss & Howe – The Fourth Turning

I’m always a little behind when it comes to popular TV, especially when the shows are on premium cable channels. Being cheap, I’ve refused to pay for any premium cable channels, plus I’ve spent much of my life on baseball fields and in hockey rinks, rather than watching TV. When my kids recently signed up for HBO Now, I finally got to watch The Sopranos, eleven years after its final episode aired. Now I’m finally able to watch Game of Thrones, after it has been on the air for seven seasons. In the opening episodes I was impressed by the theme which permeates the series. Numerous characters stated “Winter is Coming”. I was immediately struck by the parallels with the Fourth Turning theory about the cyclical nature of our world.

To continue reading: Winter is Coming

This entry was posted in Collapse, History and tagged The Fourth Turning. Bookmark the permalink.

One response to “Winter is Coming, by Jim Quinn”