Julian Assange Must Be Freed, Not Betrayed, by John Pilger

Regardless of the kangaroo court decision in the Julian Assange extradition proceeding, that world’s press is on trial and has not acquitted itself with any veracity or honor. From John Pilger at consortiumnews.com:

When Julian Assange steps into Woolwich Crown Court on Feb. 24, true journalism will be the only crime on trial, writes John Pilger.

This Saturday, there will be a march from Australia House in London to Parliament Square, the centre of British democracy. People will carry pictures of the Australian publisher and journalist Julian Assange who, on Feb. 24, faces a court that will decide whether or not he is to be extradited to the United States and a living death.

I know Australia House well. As an Australian myself, I used to go there in my early days in London to read the newspapers from home. Opened by King George V over a century ago, its vastness of marble and stone, chandeliers and solemn portraits, imported from Australia when Australian soldiers were dying in the slaughter of the First World War, have ensured its landmark as an imperial pile of monumental servility.

As one of the oldest “diplomatic missions” in the United Kingdom, this relic of empire provides a pleasurable sinecure for Antipodean politicians:  a “mate” rewarded or a troublemaker exiled. 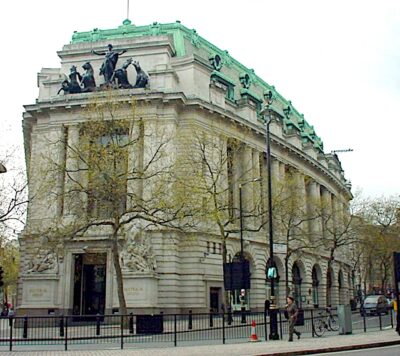 Known as  High Commissioner, the equivalent of an ambassador, the current beneficiary is George Brandis, who as Attorney General tried to water down Australia’s Race Discrimination Act and approved raids on whistleblowers who had revealed the truth about Australia’s  illegal spying on East Timor during negotiations for the carve-up of that impoverished country’s oil and gas.

This led to the prosecution of whistleblowers Bernard Collaery and “Witness K”,  on bogus charges. Like Julian Assange, they are to be silenced in a Kafkaesque trial and put away.

Australia House is the ideal starting point for Saturday’s march.