Here’s Why Warren Buffett Bailed On Banks & Bought Gold In One Simple Chart, by Tyler Durden

Stocks are more expensive by many valuation measures than they’ve ever been, buoyed by Fed fiat debt. Gold, unlike Fed fiat debt, is nobody’s debt. From Tyler Durden at zerohedge.com:

The headlines surrounding Berkshire Hathaway’s decision to bail on their banking exposure and buy Barrick Gold quickly faded from the mainstream media but the question of “why?” – after years of denigration for the barbarous relic – remains.

Was Buffett betting against America with a levered position on precious metals? Or was there another driver? 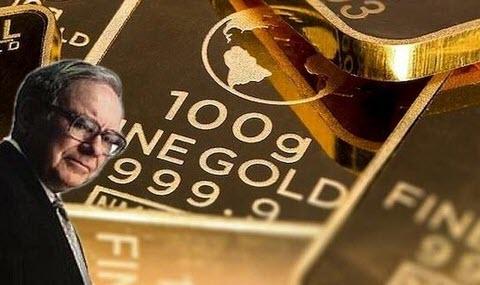 Perhaps, it was ‘both‘ sides of the equation – an unsustainable fiscal and monetary feudalism that can only end badly (and is building towards the endgame) – AND, as Bloomberg’s currency and rates strategist Ven Ram details below, it was the fact that – according to Buffett’s-own favorite stock market indicator – U.S. stocks are more highly valued now relative to economic output than they were even during the dotcom bubble, raising questions about the sustainability of the recent rally.

The combined market capitalization of the universe of U.S. stocks as captured by the Wilshire 5000 Index totaled $36.8 trillion as of Wednesday’s close. That amounts to 190% of the $19.4 trillion value of U.S. gross domestic product as of the second quarter. 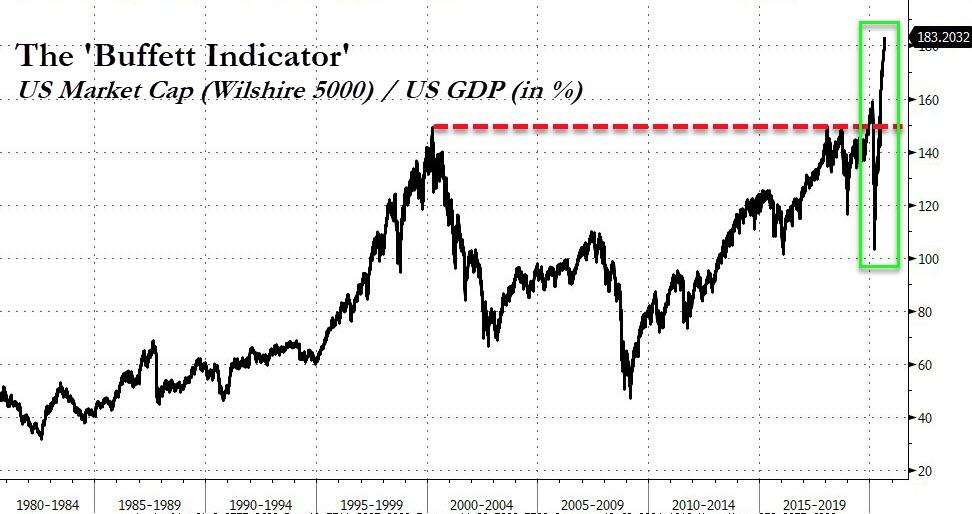 The ratio eclipses the previous high reached in March 2000. After ups and downs in subsequent years, the ratio surpassed 100% in the first quarter of 2012 and pushed through successively higher levels in the following years

Applying this analysis to other U.S. indexes shows the current stock rally is lopsided and lacking in breadth. The Nasdaq 100’s market cap of about $13.5 trillion is more than two-thirds of GDP. Meanwhile, the S&P 500 Index’s aggregate market cap of $28.8 trillion comfortably eclipses the size of the economy.

Warren Buffett captured the significance of the ratio in a 2001 Fortune article, saying,