Wouldn’t it be silly if someone actually thought they needed some leader or government’s permission to sing? From Nickelthrower at theburningplatform.com: 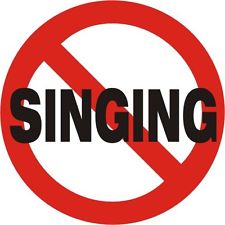 As a young man and fresh-faced soldier in the U.S. Army, I found myself stationed in W. Germany in a mid-sized town outside of Frankfurt. I couldn’t believe my luck as the kaserne I was stationed at was right in the middle of town and it was a very short stroll from my barracks to a postcard-perfect community that was inhabited by an abundance of young attractive women. I had no intention of spending my time in Germany celibate so I quickly learned every Germany corny pickup line in existence and used it upon any unsuspecting female until I acquired a girlfriend. Note: I had more rejections than a proselytizing Jehovah Witness but I was a soldier on a mission and times were certainly different.

Having finally acquired a German girlfriend, I found myself invited to Christmas Eve dinner in her parent’s apartment as the entire family lived in an old home divided into 3 separate apartments which were not at all uncommon. Before I describe to you what happened, I should take a moment to illuminate the cast of characters. Most of the information about these people are things I learned long after the event I’m about to describe.

This entry was posted in Government and tagged Totalitarianism. Bookmark the permalink.