Biden and Blinken’s unprovoked attacks on Russia and China backfire…because if you live in a glass house, don’t throw stones, by Scott Ritter

Maybe the Biden administration could spend a month or two cleaning up the US before telling other countries how to manage their affairs. From Scott Ritter at rt.com: 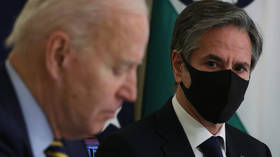 President Joe Biden has defined his administration with the mantra of “America is back,” hinting at a return to what he and his supporters believe to be the halcyon days of President Barack Obama’s two-term tenure as president, as well as a sharp departure from the policies and practices of the man who usurped Hillary Clinton’s bite at the presidential apple, Donald Trump.

In an effort to “build back better,” as Biden is wont to exclaim, his administration has embraced an ambitious agenda that aggressively seeks to both promote and install America as the world’s indispensable nation. And yet, in the span of less than 24 hours, the president and his primary foreign policy advisor, Secretary of State Antony Blinken, managed to undermine the very policies they sought to promote through a combination of narcissistic posturing and plain diplomatic incompetence.

By labeling Russian President Vladimir Putin a “soulless killer,” Biden put US-Russian relations in their worst posture since the Cold War. And Blinken, during the Biden administration’s initial meeting between the US and China, managed to unleash the ire and rage of Beijing by forgoing any pretense at diplomatic norms and aggressively calling out China on a host of issues which touched upon its sovereignty.