Many of the factors responsible for the fading of US military dominance are directly attributable to US actions and policy. From Federico Pieraccini at strategic-culture.org:

Starting from the presidency of George W. Bush to that of Trump, the U.S. has made some missteps that not only reduce its influence in strategic regions of the world but also its ability to project power and thus impose its will on those unwilling to genuflect appropriately.

Some examples from the recent past will suffice to show how a series of strategic errors have only accelerated the U.S.’s hegemonic decline.

The decision to invade Afghanistan following the events of September 11, 2001, while declaring an “axis of evil” to be confronted that included nuclear-armed North Korea and budding regional hegemon Iran, can be said to be the reason for many of the most significant strategic problems besetting the U.S..

The U.S. often prefers to disguise its medium- to long-term objectives by focusing on supposedly more immediate and short-term threats. Thus, the U.S.’s withdrawal from the Anti-Ballistic Missile Treaty (ABM Treaty) and its deployment of the Aegis Combat System (both sea- and land-based) as part of the NATO missile defense system, was explained as being for the purposes of defending European allies from the threat of Iranian ballistic missiles. This argument held little water as the Iranians had neither the capability nor intent to launch such missiles.

END_OF_DOCUMENT_TOKEN_TO_BE_REPLACED

Life After Putin, by Dmitry Orlov

What does Vladimir Putin’s recent shakeup of the Russian government mean? From Dmitry Orlov at cluborlov.blogspot.com:

Two days ago Vladimir Putin delivered his annual address before the Federal Assembly of the Russian Federation, and since then I have received a flurry of emails and comments from people asking me to explain what he meant. I don’t want to make assumptions about the depth of your interest in Russian affairs, and so, to save you time, let me start by providing a very short executive summary: Putin will step down as president after his current term, which will end in 2024 unless an early election is held, but the system he has put in place will stay in place. Essentially, life after Putin will be more Putin under a different name. If that’s all you care about, you can stop reading now.

To delve deeper, we need to draw a distinction between Putin the man and the system of governance he has built over the past 20 years. There is always plenty to complain about, but overall it has been quite effective. During Putin’s period in power, Russia has solved the problems of separatism and domestic terrorism, reigned in the predatory oligarchy, paid off virtually all of its foreign debts including ones it inherited from the USSR, grew its economy by a factor of six (vs. China’s five and USA’s one), regained Crimea (which had been part of Russia since 1783), rebuilt its armed forces to a point where international security is no longer a major concern, and achieved an overall level of societal well-being that is unparalleled in all of Russian history.

END_OF_DOCUMENT_TOKEN_TO_BE_REPLACED

Putin’s Now Purged the West from the Kremlin, by Tom Luongo

Putin is apparently trying to ensure that Russia has reasonably good governance even after he has stepped down. From Tom Luongo at tomluongo.me:

It came as the biggest shock of the day on Wednesday. The Russian government resigned. The day before President Vladimir Putin gave his State of the Nation address and outlined a slate of constitutional changes.

That speech prompted an overhaul of Russia’s government.

Putin’s plan is to devolve some of the President’s overwhelming power to the legislature and the State Council, while beefing up the Constitutional Court’s ability to provide checks on legislation.

In Wednesday’s State of the Nation Address, Putin put forward a number of initiatives changing the framework of power structures at all levels, from municipal authorities to the president. The initiatives particularly stipulate that the powers of the legislative and judicial branches, including the Constitutional Court, will be expanded. The president also proposed to expand the role of the Russian State Council. Putin suggested giving the State Duma (the lower house of parliament) the right to approve the appointment of the country’s prime minister, deputy prime ministers and ministers.

The bigger shock was that in response to this Prime Minister Dmitri Medvedev dissolved the current government willingly and resigned as Prime Minister.

Within hours Putin recommended Federal Tax Service chief, Mikhail Mishustin as Prime Minister. The State Duma approved Putin’s recommendation and Mishustin was sworn in by Putin all within a day.

END_OF_DOCUMENT_TOKEN_TO_BE_REPLACED

Putin’s Hour Is At Hand, by Paul Craig Roberts

Vladimir Putin may have to prevent World War III. From Paul Craig Roberts at paulcraigroberts.org:

Vladimir Putin is the most impressive leader on the world stage.  He survived and arose from a Russia corrupted by Washington and Israel during the Yeltsin years and reestablished Russia as a world power.  He dealt successfully with American/Israeli aggression against South Ossetia and against Ukraine, incorporating at Crimea’s request the Russian province back into Mother Russia.  He has tolerated endless insults and provocations from Washington and its empire without responding in kind.  He is conciliatory and a peacemaker from a position of strength.

He knows that the American empire based as it is on arrogance and lies is failing economically, socially, politically, and militarily.  He understands that war serves no Russian interest.

Washington’s murder of Qasem Soleimani, a great Iranian leader, indeed, one of the rare leaders in world history, has dimmed Trump’s leadership and placed the limelight on Putin. The stage is set for Putin and Russia to assume the leadership of the world.

Washington’s murder of Soleimani is a criminal act that could start World War 3 just as the Serbian murder of the Austrian Archduke set World War 1 in motion.  Only Putin and Russia with China’s help can stop this war that Washington has set in motion.

END_OF_DOCUMENT_TOKEN_TO_BE_REPLACED

Russian Hypersonic Nuclear Weapon That Can Travel 27 Times The Speed Of Sound Is Now Operational, by Tyler Durden

It’s official: exactly one year after Putin oversaw the final test of Russia’s most advanced hypersonic weapon, on Friday a the intercontinental weapon that can fly 27 times the speed of sound became operational, Russia’s defense minister reported to President Vladimir Putin, bolstering the country’s unprecedented nuclear strike capability, one which the US has yet to match. 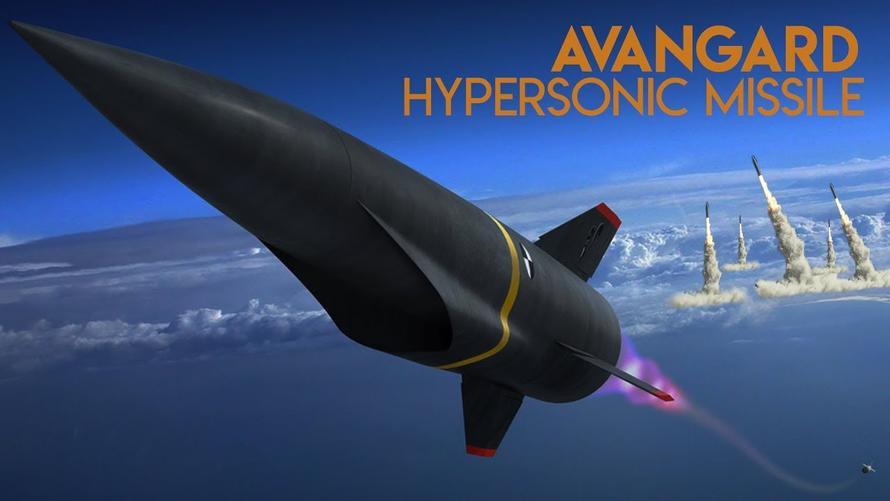 “I congratulate you on this landmark event for the military and the entire nation,” Shoigu said later during a conference call with top military leaders.

The Avangard is launched atop an intercontinental ballistic missile, but unlike a regular missile warhead that follows a predictable path after separation it can make sharp maneuvers in the atmosphere en route to target, making it much harder to intercept.

2019 – The Year of Manufactured Hysteria, by CJ Hopkins

Much ado about a lot of nothings was 2019’s theme. From CJ. Hopkins at off-guardian.org:

Well, it looks like we’ve somehow managed to survive another year of diabolical Putin-Nazi attacks on democracy.

It was touch-and-go there for a while, especially coming down the home stretch, what with Jeremy Corbyn’s desperate attempt to overthrow the UK government, construct a British version of Auschwitz, and start rounding up and mass-murdering the Jews.

The horror began promptly in early January, when Rachel Maddow revealed that Putin was projecting words out of Trump’s mouth in real-time, i.e., literally using Trump’s head like a puppet, or one of those Mission Impossible masks. And that was just the tip of the iceberg, as, despite the best efforts of Integrity Initiative, Bellingcat, and other such establishment psyops, Internet-censoring sites like NewsGuard, and an army of mass hysteria generators, Putin’s legion of Russian “influencers” was continuing to maliciously influence Americans, who were probably also still under attack by brain-eating Russian-Cubano crickets!

END_OF_DOCUMENT_TOKEN_TO_BE_REPLACED

Vladimir Putin has overcome many obstacles and turned Russia around. The country presents some interesting investment opportunities. From Tom Luongo at tomluongo.com:

It’s a tough road being a contrarian on Russia. This is especially true today when the entirety of the U.S. and European political system is aligned to demonize Russia at nearly every level.

And the main reason for this is that Russia under President Vladimir Putin refuses to do the West’s bidding both at home and abroad. The central tenet of U.S. foreign policy is that U.S. concerns, no matter where they are, are supreme and everyone else’s are subordinate.

Russia under Putin doesn’t play that game. He hasn’t for nearly twenty years now. This is not to say, of course, that objectively speaking Putin is a good man or even a good leader. In studying Putin for the past seven years I’ve come to one inescapable conclusion.