People don’t realize how long it takes to recharge electric cars, and that leaves many who buy wishing they hadn’t. From Eric Peters at ericpetersautos.com:

If electric cars are The Future how come one in five who own them are returning to the Past?

They are replacing their first electric car with a non-electric car, according to a study by University of California Davis researchers, quoted from at length in a recent news article published by Business Insider.

According to the study, “roughly one in five plug-in electric vehicle (owners) switched back to owning gas-powered cars” – after experiencing real life with an electric car.  As contrasted with the hype about electric cars. 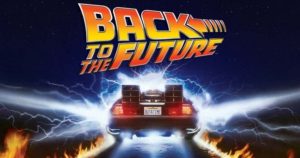 The omissions about electric cars.

This is not by accident.

They hear and read about things like “ludicrous speed” – which is true, electric cars are extremely quick because electric motors are very powerful and their power is immediate and (usually) the drive is direct, i.e., there is no transmission between the motor and the drive wheels, which connect directly to the electric motor(s).

They hear that range has increased, which it has.  Ten years ago, most EVs could only travel about 100 miles – or less – before they ran out of juice. Today, most can go 150 and some can go farther.