Could Facebook’s Diem Become FedCoin By Default? by Mark Jeftovic

Nobody would be surprised if Facebook was the corporate sponsor of a cryptocurrency that ushered in a cryptocurrency issued by the Federal reserve. Other than Google, there’s no Silicon Valley firm who’s more in bed with the government. From Mark Jeftovic at zerohedge.com: 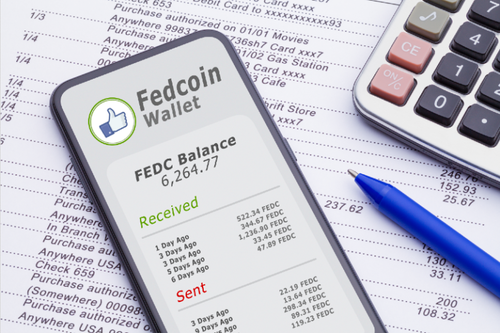 I had a reader ask me about Silvergate Capital. They’re a bank holding company with a lot of exposure to the crypto currency space. I hadn’t yet analyzed them deeply, but I did notice that they recently announced a partnership with Facebook on their DiemUSD stablecoin.

Diem is Facebook’s rebrand of Libra. Libra was a private crypto currency Facebook proposed to launch which in my mind was a transformative event for nation states and central banks. That was the moment when the establishment elites realized that non-state money had arrived and it posed an existential threat to the status quo.

They were able to hold off Facebook’s Libra, for awhile. They fought dirty. US Senators sent straight up extortion letters to members of Facebook’s Libra Consortium threatening to investigate them for ostensible ties to child pornography on Facebook’s platform if they went through with the project. They all dropped out.

My heart didn’t exactly bleed for Facebook, but the incident was instructive. I wrote about it at the time, but I will repeat the salient point here:

Should a gigantic platform like Facebook successfully launch their own digital currency, a person’s Facebook account will become more important in their day-to-day lives than their nation state issued passport. Especially if we’re entering an era of drastically curtailed travel for plebeians. The battle between the US, France, et al and Facebook over Libra was an early round in the struggle between waning Nation States and ascendent Network States.

Facebook kept working on their Libra, first under a wallet program called Novi and now as Diem, and Diem USD will be their stablecoin.  One can only surmise that behind the scenes something has shifted so that Facebook thinks they can proceed with launching a new stablecoin.

This partnership with Silvergate, as well as relocating their Diem Association, which oversees their digital currency projects, from Switzerland back to the United States may be part of that calculus.

There have been some rumblings that the US is losing the Central Bank Digital Currency race and that one way to jumpstart a program would be to partner with a private entity who is already further down the road with it.

Who would be uniquely situated to provide a solution in some manner of public-private partnership? Facebook, for one.

When we think about what Fedcoin could reasonably be expected to do, my guess is:

This entry was posted in Banking, Currencies, Government and tagged Facebook. Bookmark the permalink.