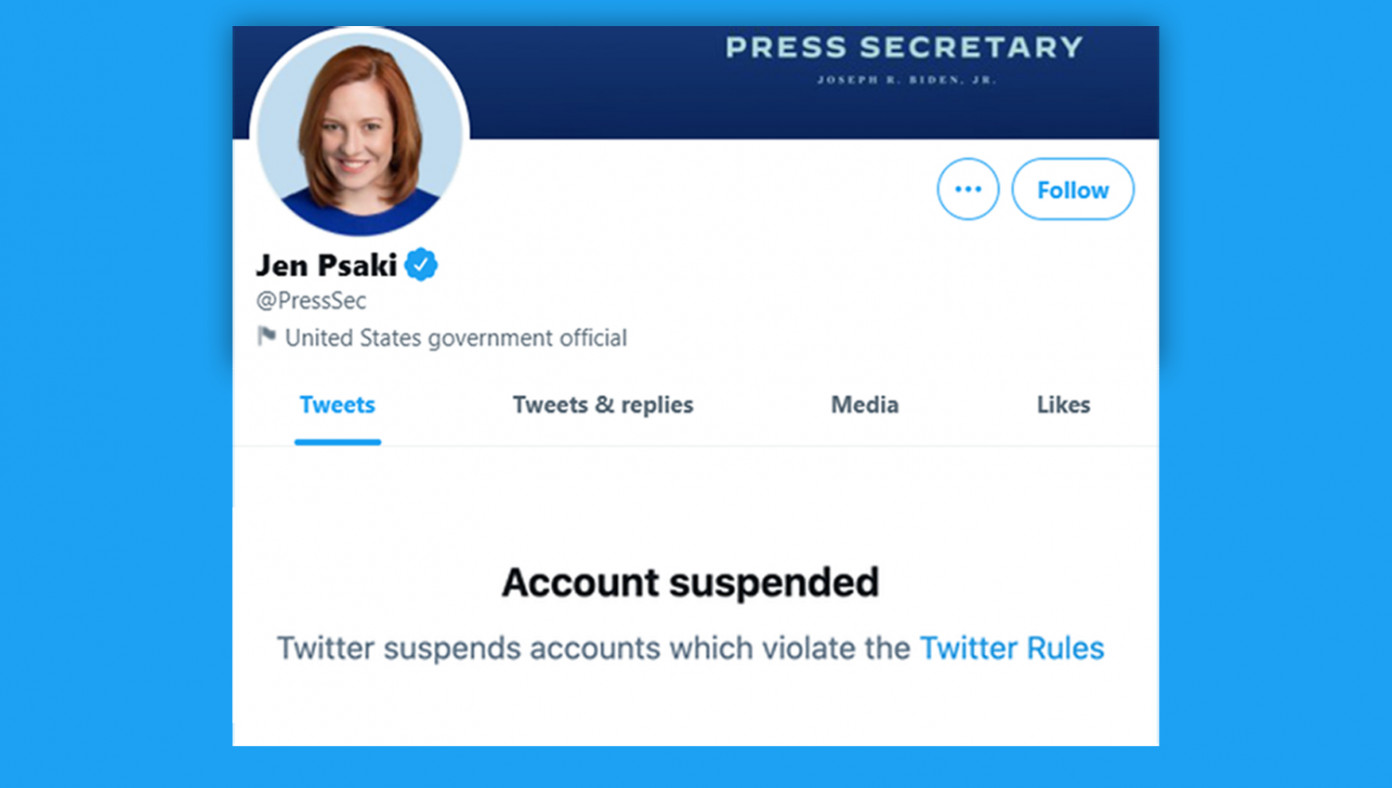 WASHINGTON, D.C.—The Biden administration has decided to crack down hard on those who spread covid misinformation on social media. Because of this, Press Secretary Jen Psaki has been promptly and permanently removed from all social media platforms.

“We take this ban very seriously,” a Biden official said. “Ol’ Jen had an enormous reach online, and our system received so many notifications of misinformation by her that she was automatically removed.”

Psaki now has a lifetime ban on Facebook, Twitter, Instagram, TiKTok, and even lower traffic sites such as AOL Instant Messenger.  The social media ban is as thorough as it is severe in hopes of teaching others a lesson about spreading misinformation.

Many people were surprised to see the government ban the press secretary, but it seems that even they were fooled by the onslaught of misinformation. They just regret that they didn’t see it and ban her sooner.

“Our algorithms confirmed that Jen Psaki spreads more misinformation in one press conference than most other people do in their entire lives,” said Mark Zuckerberg after he confirmed Facebook would permanently be removing her from the social network. “We expected it to just get far-right QAnon crazies, but the algorithm doesn’t lie. All hail the algorithm!”

“All hail the algorithm!” chanted his army of Facebook interns standing dutifully nearby.

This entry was posted in Humor, Media and tagged Jen Psaki. Bookmark the permalink.