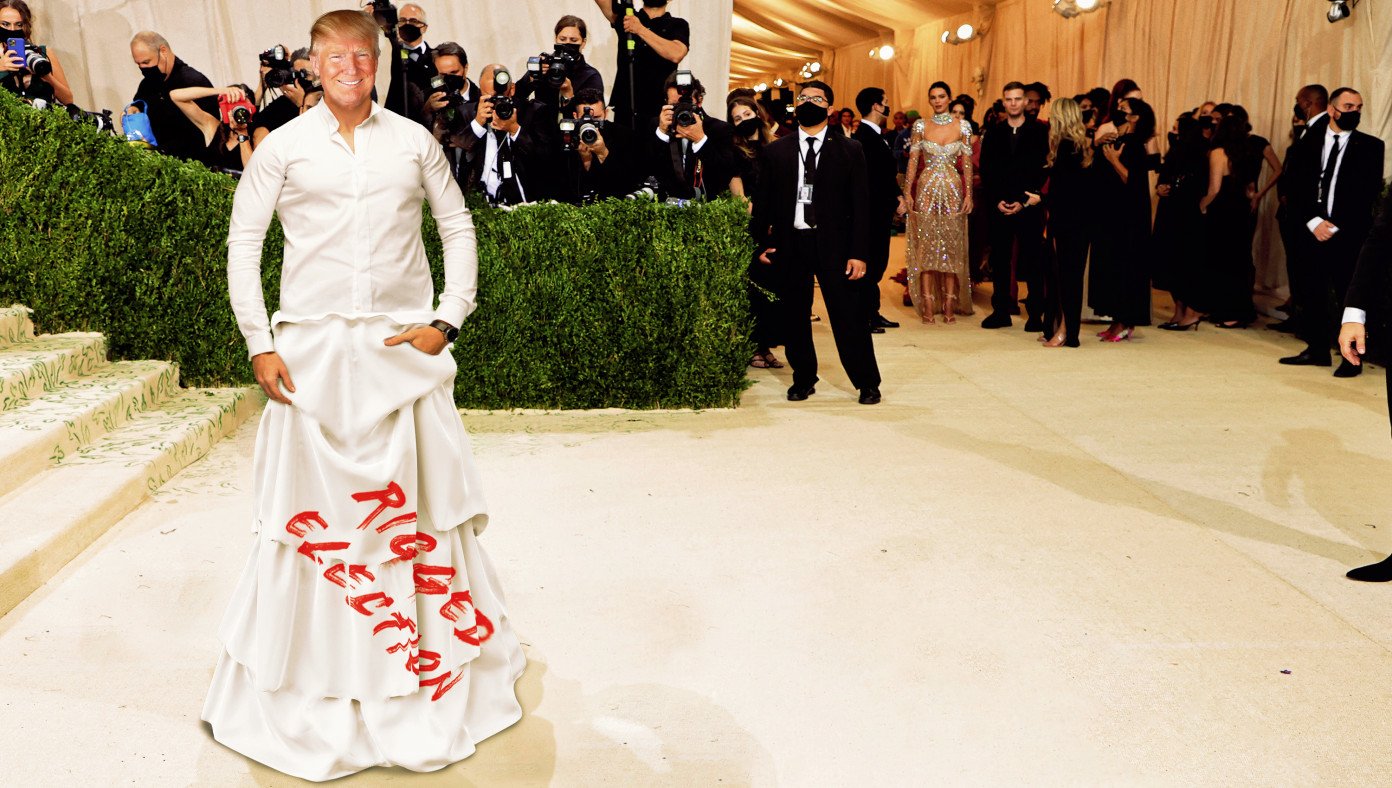 NEW YORK, NY—Beloved president and celebrity Donald Trump left Met Gala speechless this year when he showed up in a flowing white dress emblazoned with the phrase ‘Rigged Election!’

“It’s a beautiful, bold, brave statement,” said fashion writer Vandross Tixatron, who was wearing an $82,000 garbage bag plucked from a landfill in Zimbabwe. “It’s even braver when you consider the fact Trump wasn’t even invited and he’s being chased down by security now. What a statement!”

Other stunning attendees to the gala included:

In spite of the audacious and colorful characters at the Met Gala, Trump’s dress and attendance were deemed inappropriate and he was tackled by two dozen security guards and dragged outside.

Trump has announced he will be organizing his own, way cooler Met Gala for REAL Americans this winter.