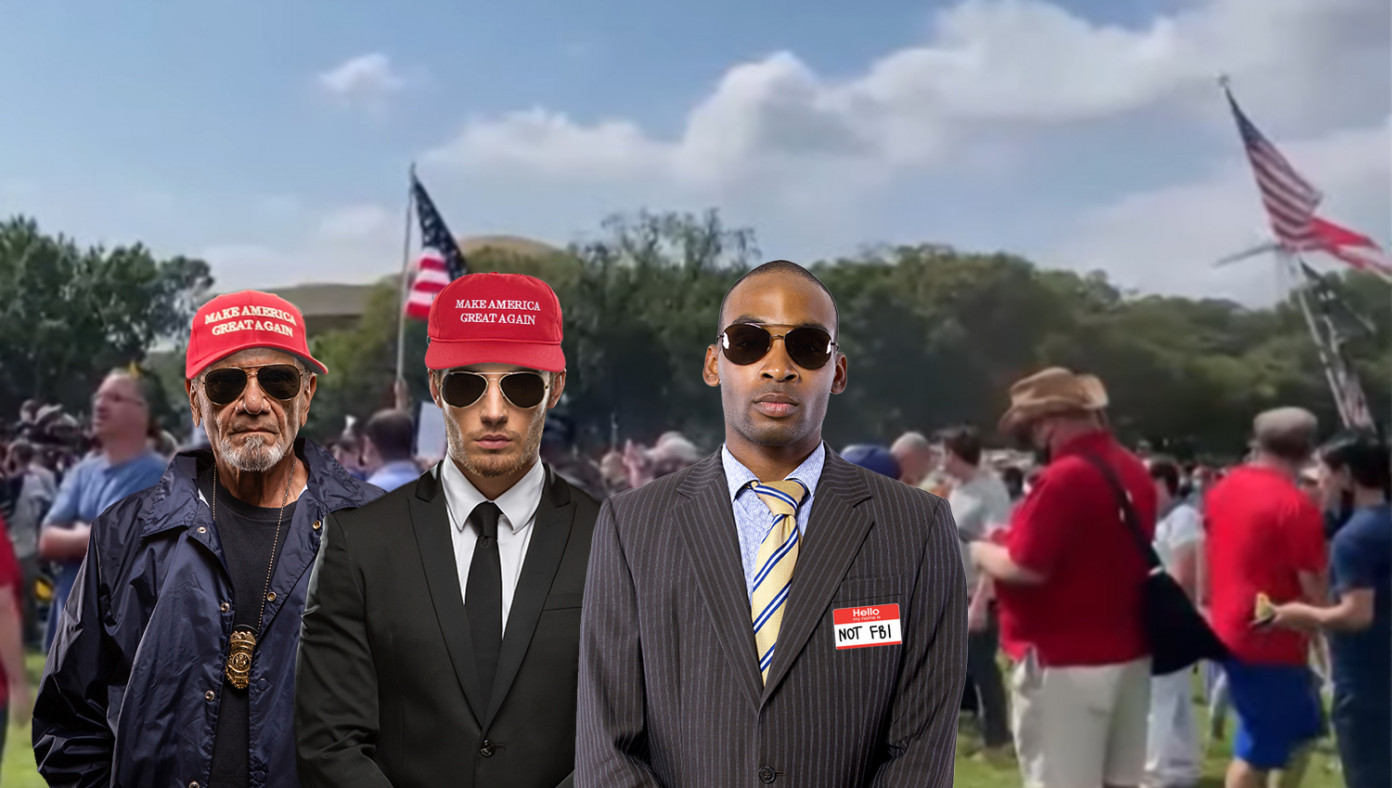 WASHINGTON, D.C.—The Federal Bureau of Investigation is disappointed by the low attendance at the D.C. rally they organized for Trump supporters today.

“Ivermectin! Get your hot, fresh Ivermectin HEEEERRRRE!” cried one agent selling bootleg Ivermectin tablets from Tractor Supply Company. Unfortunately, he only made a couple of sales to a few other FBI agents from other field offices he didn’t recognize.

“Greetings, fellow Trump supporters,” said another agent. “Let’s go insurrect the government, shall we, fellas? Maybe kidnap Gretchen Whitmer? Whadaya say boys? Say—I sure do love racism!” He was then immediately tackled by three other FBI agents who dragged him to an unmarked van.

Another field agent passed out flyers for a “Super Secret Satanic Pedophile Meeting”, but was sad to find there were no takers, except one lady named Hillaria Clintonania.

“Man, to put so much work into something, only to have it flop like this, it kind of hurts, you know?” said Agent Arlo Chitbag, who had organized the event. “No one even seemed interested in my ‘Make Your Own Pipe Bomb’ booth!”

The discouraged FBI agents will reportedly unwind this evening by spying on people through their webcams before attending their monthly Satanic pedophile meeting.

This entry was posted in Humor, Insurrection and tagged FBI. Bookmark the permalink.