After Finding Out Rittenhouse Shot White Males, BLM Reminds Everyone That All Lives Matter 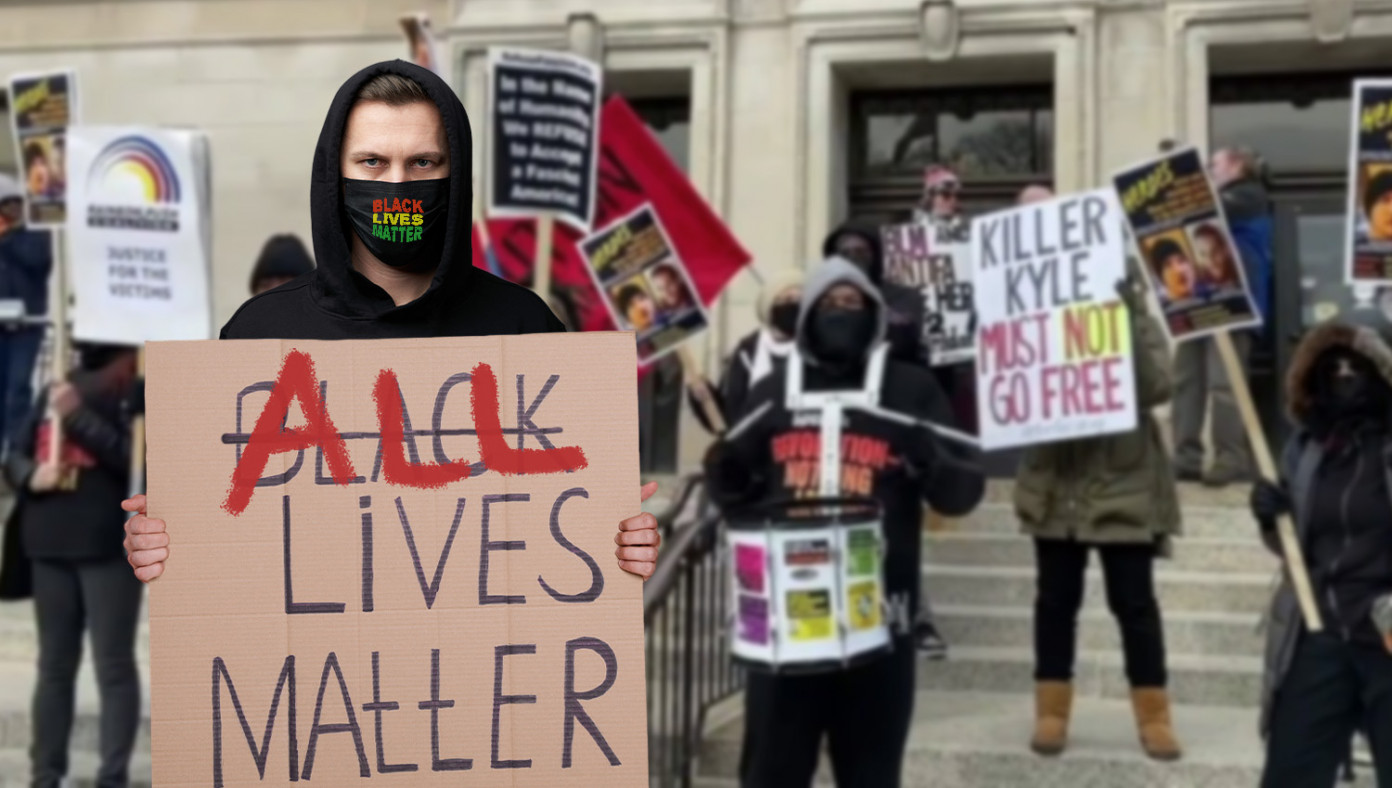 KENOSHA, WI—BLM protesters have gathered outside the courthouse to protest Kyle Rittenhouse. It seemed like a textbook BLM event, but there was a snag: someone informed the Black Lives Matter protesters today that everyone Kyle Rittenhouse shot was white.

The protesters hastily changed their signs, shirts, and chants to say “All Lives Matter” to account for the minor detail of the case.

“Look, everyone matters, no matter their skin color,” said BLM protester Beau L’Engleau. “You can’t just say one kind of life matters or focus on the color of the victims’ skin. All life is precious, and Rittenhouse violated that when he shot those poor white guys who were minding their own business.”

“I mean, saying ‘Black Lives Matter’ is kind of reductive and racist when you think about it,” xe added. “It’s like, we’re judging people by the color of their skin rather than the content of the character. Hey, that has a nice ring to it. I should write that down or make a speech out of it or something.”

At publishing time, organizers had confirmed they would be changing their slogan back as soon as the trial ends.

This entry was posted in Humor, Law and tagged All lives matter. Bookmark the permalink.