Leftist Who Keeps Getting COVID Tests Says He Can Quit Anytime 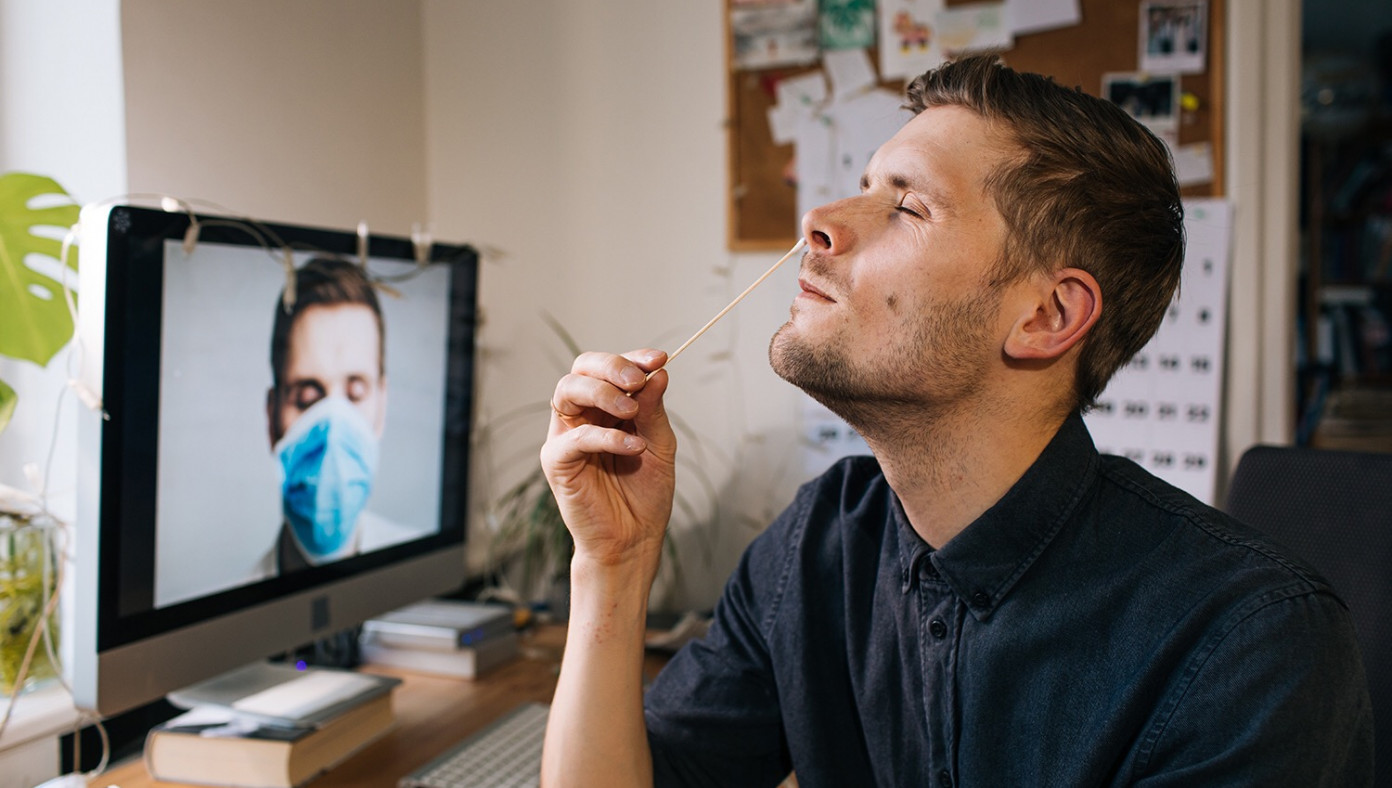 ARLINGTON, VA—A local family held an impromptu intervention for their son, Eric Chag, 35, who has been taking up to 24 COVID tests a day.

The family first became concerned after Eric’s nose fell off.

“He said it was just a drug problem,” informed his mother, Olivia Chag. “But then I started to notice Q-Tips piling up in the trash. [My husband] never cleans his ears so I was immediately suspicious.”

“I just don’t understand it,” admitted Eric’s father, George Chag. “I’m a proud Democrat. I sat him down to explain ‘the Covid and the bees,’ but I just wanted him to wear a mask when he drives—not go insane!”

Though the initial intervention proved unsuccessful, his loving family isn’t giving up on him.

“We’re trying to explain to him that this is an incredibly deadly virus and his life is never going to be the same again,” said his mother, Olivia Chag. “But then—I don’t know where I was going with this. Mask up, I guess.”

“Right, mask up,” agreed his father, George Chag. “With at least three masks.”

At publishing time, Eric Chag was rejected by a local rehab center due to a fever.

This entry was posted in Humor, Medicine and tagged Covid testing. Bookmark the permalink.