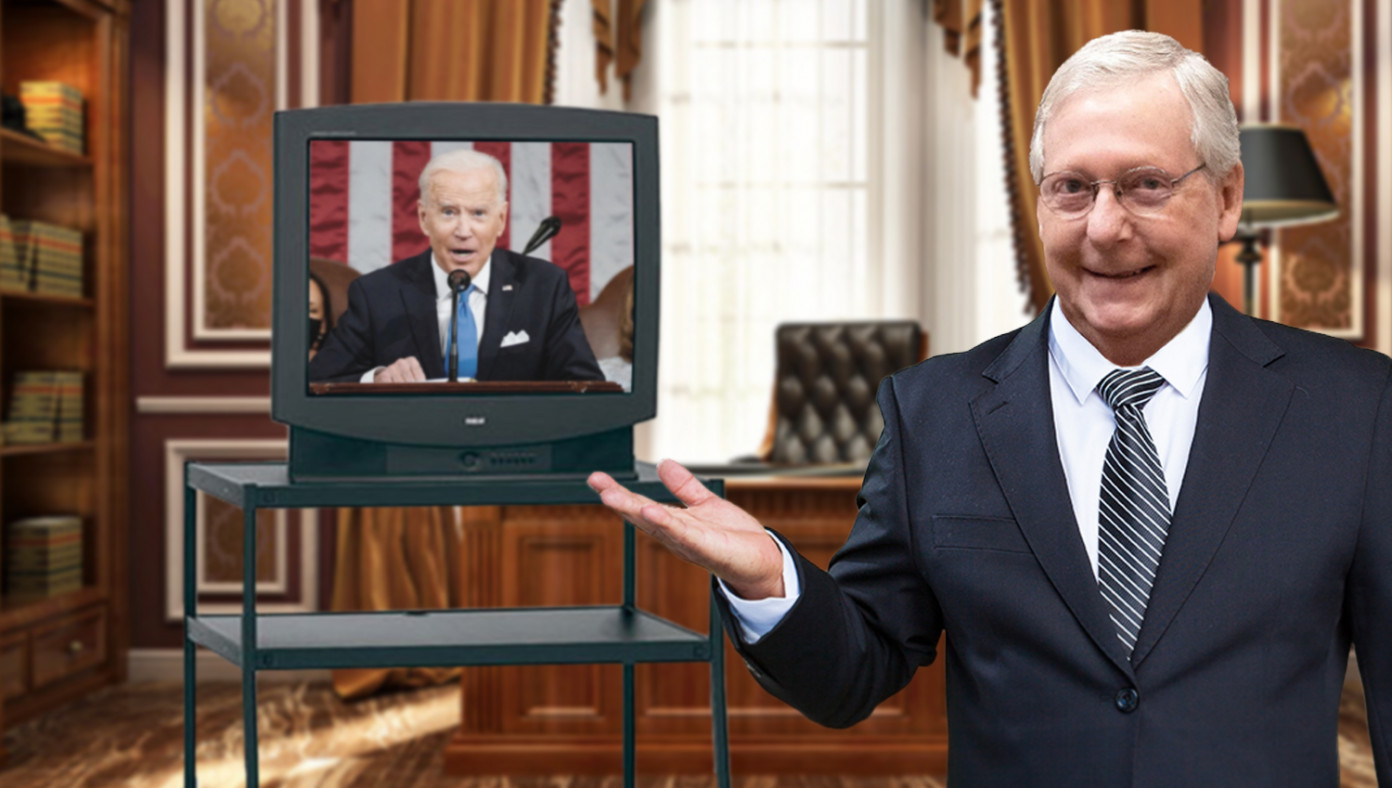 WASHINGTON, D.C.—Republicans have announced they’re taking an unconventional approach to this year’s traditional response to the State of the Union Address. Instead of picking a rising star in the party to deliver a carefully thought-out rebuttal of the items in Biden’s speech, they will simply show a replay of Biden’s speech—reiterating for everyone the disaster they just witnessed.

“We couldn’t think of a better response than to just replay the entire 90 minutes of Biden staring blankly into the camera, making up new words, and yelling or whispering at inappropriate times,” said Senator Mitch McConnell while tugging at a set of plastic rings that was still stuck around his neck from his last swim in the ocean. “We present our official response to Biden: Biden himself.”

Biden is expected to miss all three speeches as he will be recovering from giving his speech for the next three days.

This entry was posted in Humor, Politics and tagged State of the Union speech. Bookmark the permalink.