In Lieu Of Masks, Progressives To Just Wear Shirts Saying ‘I AM A GOOD PERSON’ 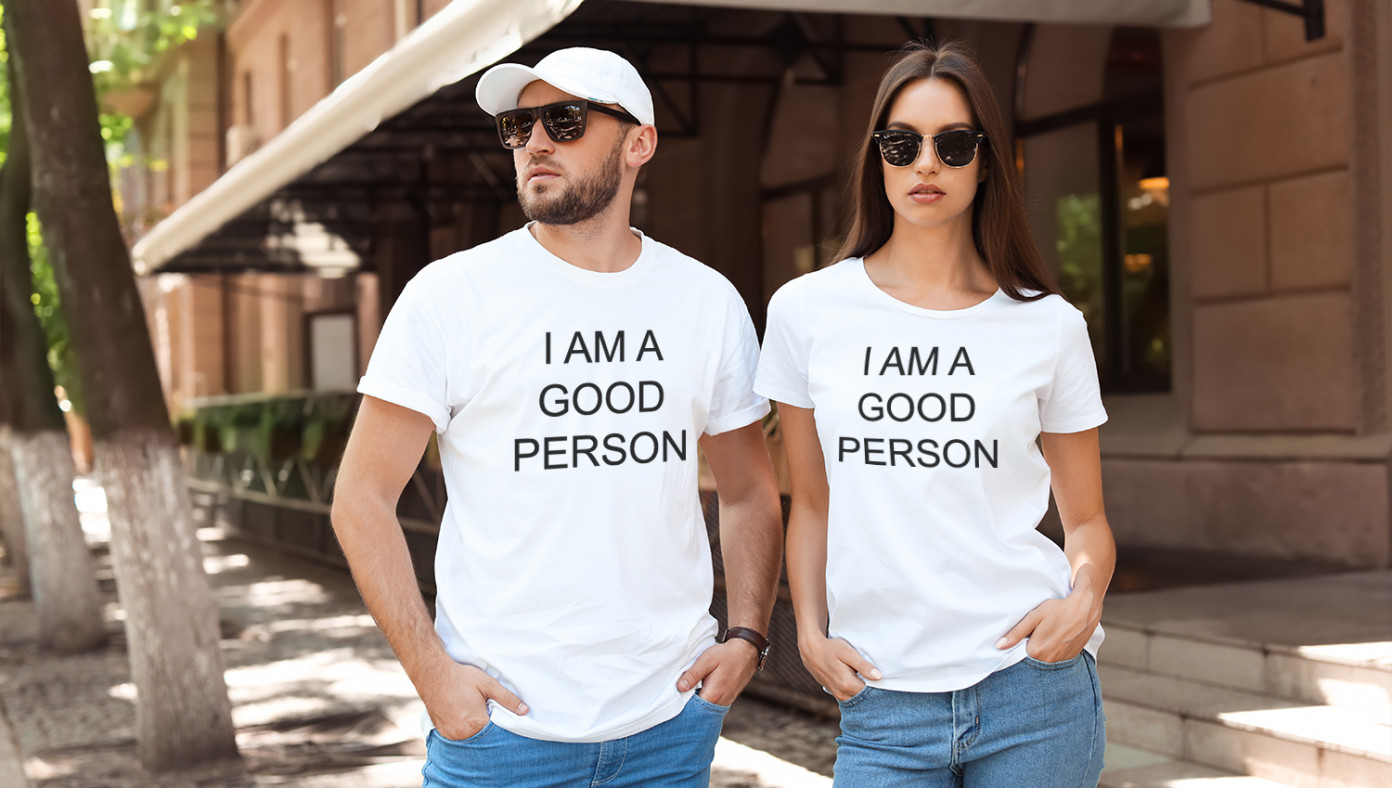 U.S.—With mask mandates going away around the country, many progressives are feeling lost, confused, and frustrated. According to sources, the nation’s progressives will move forward in a maskless world by electing to just wear t-shirts that say “I AM A GOOD PERSON” on the front.

“During COVID, my mask became an outward symbol of my superior empathy, goodness, and knowledge of Dr. Fauci’s daily briefings,” said Mortimer Snodgrass, a progressive. “I’m happy we have these shirts to let the world know that we are one of the good people.” Snodgrass then turned to throw dog poop at a passing Trump supporter in a MAGA hat.

The shirts will be sold by NIKE and skillfully made by Uyghur slaves in China. They will sell for $500, with 20% of the proceeds donated to Greta Thunberg’s organization “School Strike 4 Climate,” and another 20% donated to AOC’s reelection to help her defeat capitalism.

NIKE will also make a special edition t-shirt especially for conservatives that say “I AM A BAD PERSON.”

This entry was posted in Humor, Politics and tagged progressives. Bookmark the permalink.