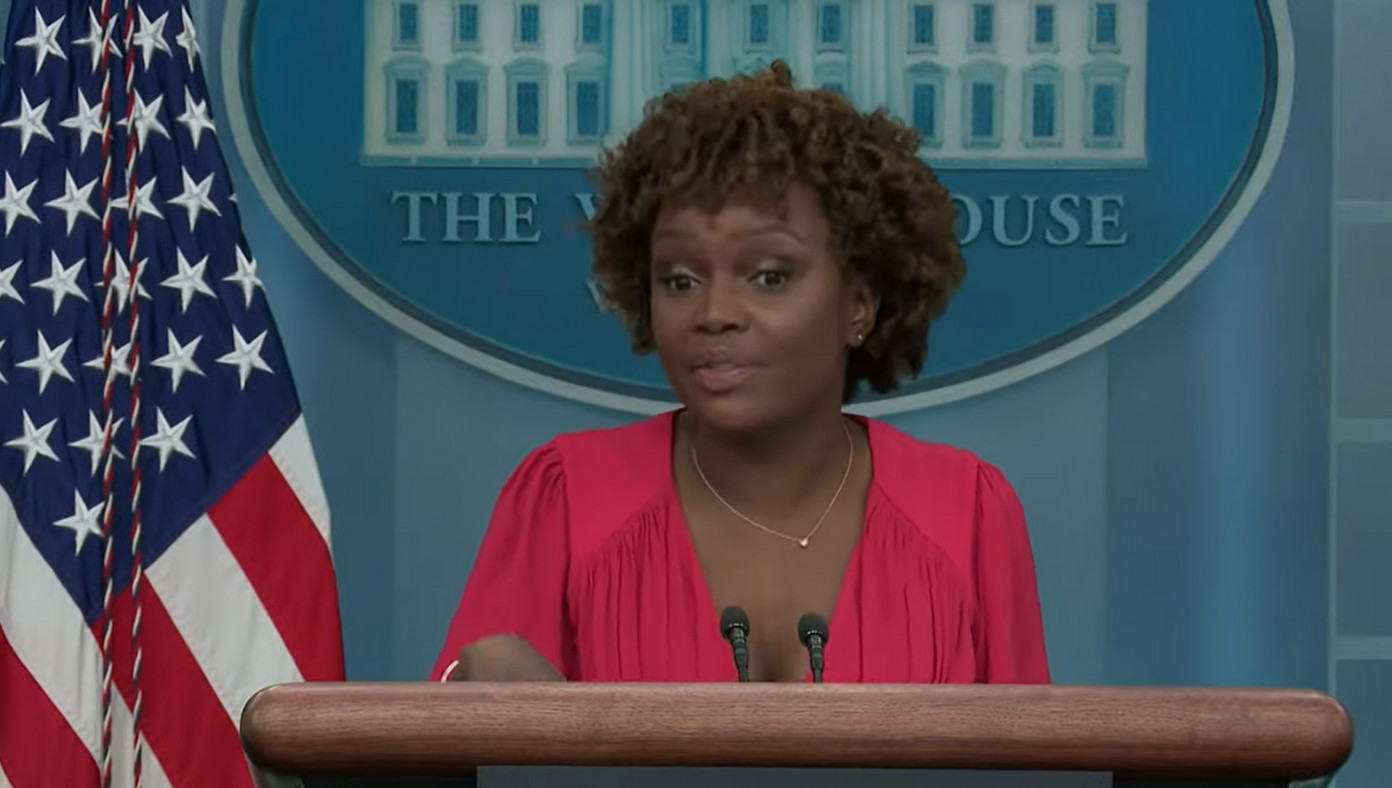 “I’m a gay, black immigrant,” said Jean Pierre to kick off the press conference. She then expounded for several minutes about her race and sexuality before finally taking questions.

Fox News Correspondent Peter Doocy quickly raised his hand, asking “How does the President plan to oversee the billions in Ukraine aid to ensure it’s spent as intended?”

As Doocy looked down at his notes in confusion, CNN Correspondent Kaitlan Collins asked: “Is there currently a plan in place to ensure there’s enough baby formula for mothers who need to feed their babies?”

Responding with calm professionalism, Jean-Pierre said: “I think it’s important to remember here that I am a black woman who is gay. I immigrated here from another country. History-making! Let’s all try to keep that perspective as we move forward to address this issue and many other issues together for the future of our nation. I’m gay.”

Sources within the Press Corps say reporters are thrilled with the new White House spokeswoman as they already know her answers ahead of time, enabling them to skip future press conferences and take a vacation for a few years.

When reached for comment, Jean-Pierre said “I’m an immigrant woman of color and I’m gay. Thank you very much.”

This entry was posted in Humor, Media and tagged Karine Jean-Pierre. Bookmark the permalink.