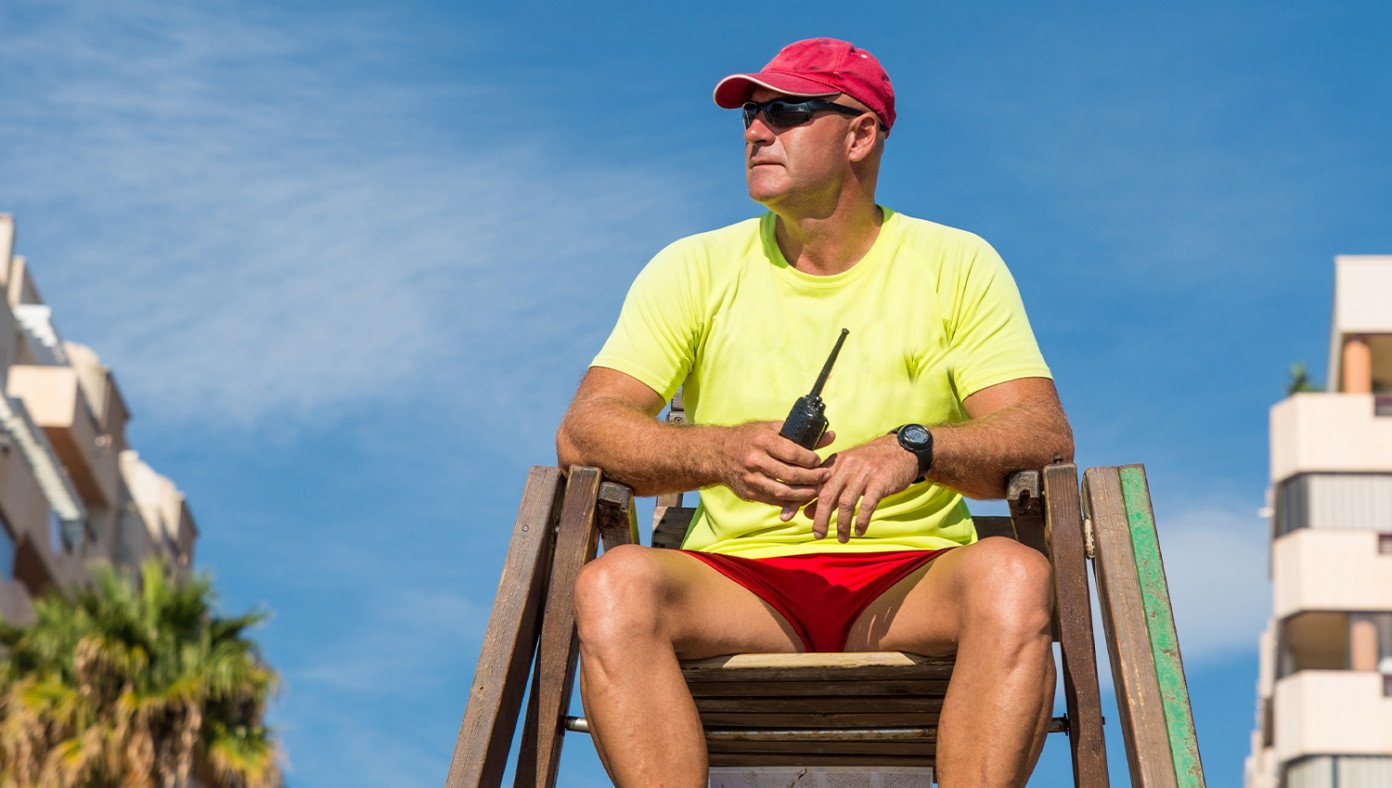 SAN FERNANDO, CA—A lifeguard at the San Fernando Community Pool reportedly refused to jump in and save a drowning child who was fighting for his life in 6 feet of water because it would constitute risking his life. The lifeguard in question, Peter Stroll, claimed to be following standard lifeguarding procedure.

“Are you kidding? I can’t save you right now. I might drown!” said Stroll as he picked up the phone to call for help. “According to the procedure, I will block all access to the pool and call for highly trained Coast Guard rescue divers to arrive.”

The child’s father attempted to jump into the pool and save his kid but was prevented by the determined lifeguard.

“Sir, I can’t let you risk your own life. Let me do my job!” Stroll reportedly said in between whistle blows.

“Then do your job! Save him!” pleaded the parent.

“Sir, please. It’s a liability for me to risk my life. Do you know how much the city would have to pay my family? Hundreds of dollars!”

The child was eventually rescued when a group of parents overpowered the masculine lifeguard and braved the dangerous chlorinated waters. Authorities arrived on the scene shortly after to assess the child’s health and arrest everyone who tried to save the child.

“This is a pool of law and order!” Sheriff Witherdrew told reporters at the scene. “We can’t just have people bypassing our sacred lifeguard institutions to take rescues into their own hands. Millions could be saved! It’d be total anarchy!”

At publishing time, lifeguard Peter Stroll was awarded a key to the city by Mayor Rankowicz for extreme bravery in following procedure to keep the city free of liability.