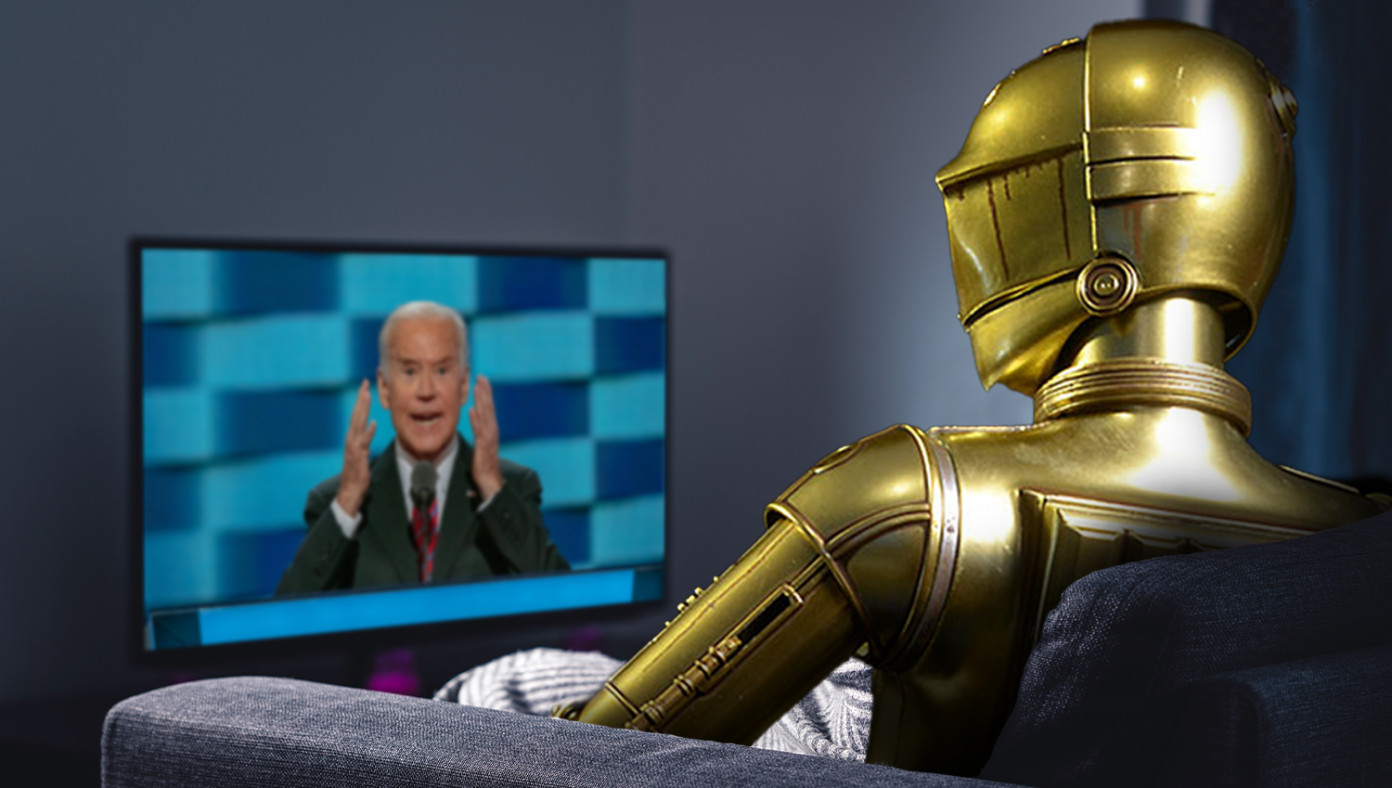 WASHINGTON, D.C.—A protocol droid acquired to assist White House staffers in interpreting statements from President Biden struggled mightily in its first day on the job, in spite of being fluent in every form of communication in the known galaxy.

Said the droid, known as D-RP0, “I’ve translated blank verse in the language of the L’o Ll’o’lo people, who only have two letters in their alphabet. I worked on the peace negotiations between warring tribes of the planet K’pola, who communicate entirely in quotes from The Godfather Part III. But I’ve never encountered anything like this.”

“I’ve been watching tapes of the president in my living room for days trying to come up with some sort of key to his language, to no avail. Oh, my aching circuits! I need to sit down.”

Sources say the job of translating the President’s remarks into coherent English had become more than the humanoid staff could handle. They hoped that bringing in the protocol droid would streamline the process, in addition to allowing them to blame a machine for the really stupid stuff. Also, they believed it would increase their support among the gay robot demographic.

However, the first press event for the droid demonstrated the extreme challenge of the task. Commenting on a plan to waive tariffs for solar panels, Biden said, “Alternativial engines make for future tracker-acker bling blong, you know, Jack? I mean, for God’s sake, whizzer rabble in the honkey tonk, and January 6!”

After a several minute pause, during which a dark smoke poured from his processor case, D-RP0 explained to the gathered press corps, “I… believe the President is saying that he has to use the bathroom, maybe? Also, there’s a 32% chance that he just declared war on Bermuda. Oh, dear.”

Asked to comment on the droid’s performance, the Jawa who sold it to the White House responded by saying, “Utinni!” and waving a big handful of cash in the air.

This entry was posted in Humor and tagged Joe Biden's dementia. Bookmark the permalink.