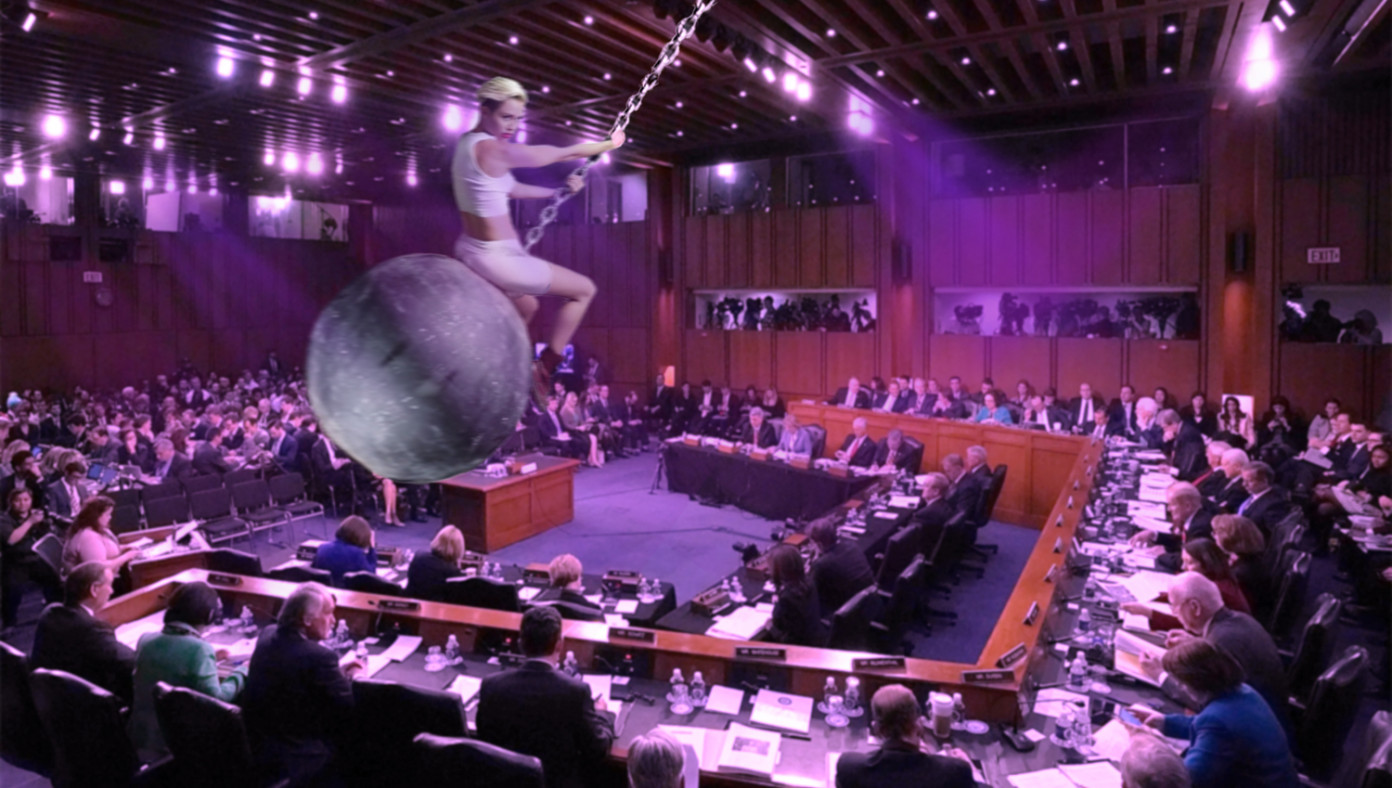 WASHINGTON, D.C.—The nation is abuzz with anticipation of the televised January 6 Committee hearing making its prime time debut at 8 p.m. ET. To top off the excitement of the House select committee’s investigation, producers of the star-studded extravaganza have announced that Miley Cyrus will be the featured performer during the hearing’s halftime show.

Other performers during the bedazzling spectacle will include Neil Young, Bruce Springsteen, Demi Lovato, and the ghost of Alexandria Ocasio-Cortez.

“If you thought the Depp-Heard trial was exciting, wait until you get a load of this baby,” said James Goldston, a former ABC News executive hired by the Democrat-led committee to really “wow” the American people with a multimedia presentation aimed at objectively and judiciously seeking the truth of what really happened that fateful day.

Republican lawmakers have pounced on the House select committee, accusing them of putting on a politicized, narrative-driven stunt rather than seeking truth. In response, GOP lawmakers have sworn to make their own January 6 Committee with cool, Republican members, lots of American flags, and a concert on Mt. Rushmore featuring Toby Keith and Morgan Wallen.

The January 6 Committee said the opening ceremony of the hearing will include previously-unseen video footage of the Capitol riots, followed by a ritual burning of Trump in effigy.

This entry was posted in Humor, Investigations and tagged Miley Cyrus. Bookmark the permalink.