Regulation First! Proof of Necessity, Later (if Ever), by Eric Peters

Markets are the best regulator ever invented, which means proof of necessity is virtually impossible, even when it comes before regulation. From Eric Peters at ericpetersautos.com: 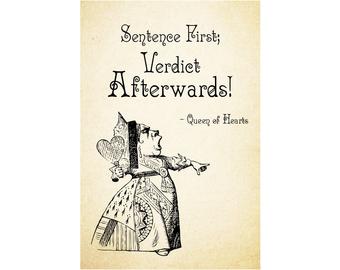 The legal system has many flaws – the chief one being many of the laws, themselves, which are more accurately described as arbitrary rules one is required to obey, just because. But at least the legal system is founded on the idea that a conviction must precede punishment – and that punishment does not follow upon mere accusation.

Perhaps someone will explain why the same reasonable standard doesn’t apply when it comes to government regulations?

After all, millions of individuals are punished by each new regulation, without any kind of due process. Regulations impose costs (the equivalent of fines) and reduce choices – both of which impinge upon freedom just the same as any court-ordered loss of freedom.

Violating some regulations can entail criminal penalties, too.

Yet there is no requirement that proof of necessity precede the promulgation and enforcement of the regulation. Nothing more is required than the we-say-so of the bureaucrats within the regulatory apparat, in whose interest it is to assert the need for more regulations, ad infinitum.

This entry was posted in Business, Government and tagged Regulation. Bookmark the permalink.