War with Iran is only slightly less stupid than war with Russia or China. An Iran war would probably lead to war with one or the other or both of those countries, Iran’s allies. From Chris Hedges at consortiumnews.com: 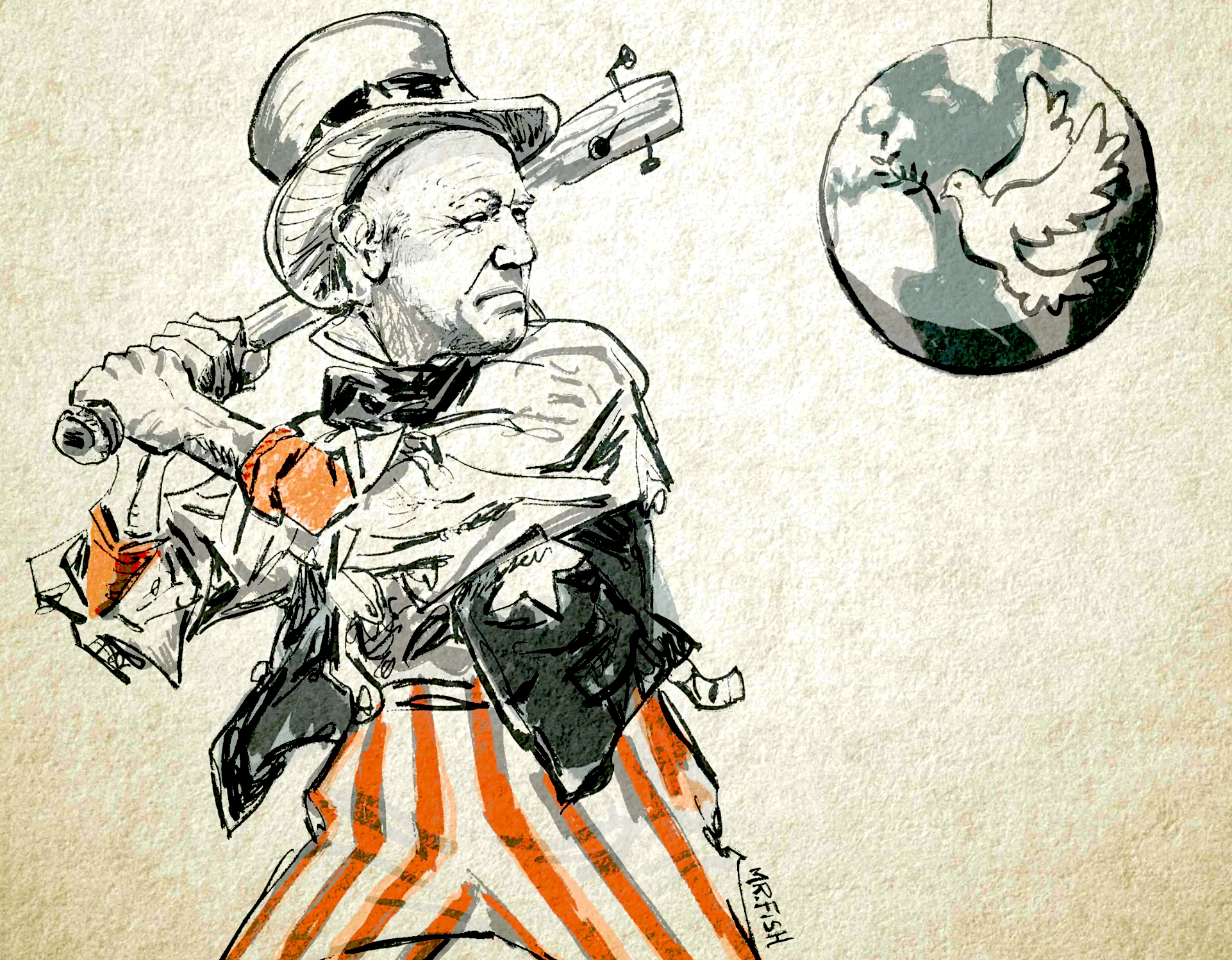 The United States, Saudi Arabia and Israel, responsible for military fiascos, hundreds of thousands of deaths and innumerable war crimes in the Middle East, are now plotting to attack Iran.

The United States, Israel and Saudi Arabia are plotting a war with Iran. The 2015 Iranian nuclear arms accord, or Joint Comprehensive Plan of Action (JCPOA), which Donald Trump sabotaged, does not look like it will be revived.  U.S. Central Command (CENTCOM) is reviewing options to attack if Teheran looks poised to obtain a nuclear weapon and Israel, which opposes U.S.-Iran nuclear negotiations, carries out military strikes.

During his visit to Israel, Biden assured Prime Minister Yair Lapid that the U.S. is “prepared to use all elements of its national power,” including military force, to stop Iran from building a nuclear weapon.

Saudi Arabia, Israel and the U.S. function as a troika in the Middle East. The Israeli government has built a close alliance with Saudi Arabia, which produced 15 of the 19 hijackers in the Sept. 11 attacks and has been a prolific sponsor of international terrorism, supporting Salafi jihadism, the basis of al-Qaeda, and such groups as the Afghanistan Taliban, Lashkar-e-Taiba (LeT) and the Al-Nusra Front.

The three countries worked in tandem to back the 2013 military coup in Egypt, led by General Abdel Fattah al-Sisi, who overthrew its first democratically elected government. He has imprisoned tens of thousands of government critics, including journalists and human rights defenders, on politically motivated charges. The Sisi regime collaborates with Israel by keeping its common border with Gaza closed to Palestinians, trapping them in the Gaza strip, one of the most densely populated and impoverished places on earth.

This entry was posted in Geopolitics, War and tagged Iran. Bookmark the permalink.