Some of the people running Europe make the Biden administration look like geniuses. From David Stockman at internationalman.com: 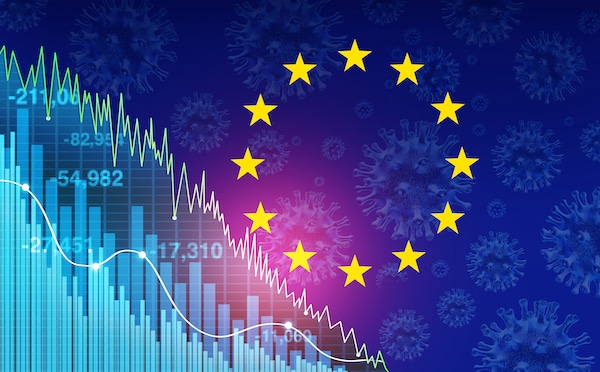 The trio of the Sanctions War, Green Energy Crusade and the Virus Patrol is a mortal threat to capitalist prosperity. That’s already evident in the Eurozone where these policy diseases are most advanced and where the real GDP growth rate has plunged by 74% from its pre-2008 crisis rate. 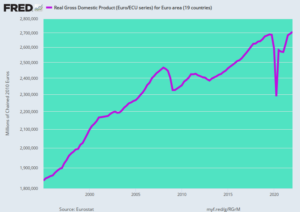 Moreover, the EU hari kari artists are just getting started. Notwithstanding the planned phase-out of Russian seaborne crude oil entirely by the end of 2022 and facing a potential total cut-off of Russian pipeline gas, these birdbrains are now planning a sixth round of sanctions on top of all the madness that has gone before.

Accordingly, Europe is heading for a rip-roaring stagflation, even as the monetary policy dial is still set on ultra-easy. That is, the ECB’s policy rate is still -0.25%, thereby creating a huge gap with the Fed’s policy rate which currently stands at +1.58% and is heading higher at a 75 basis points per meeting clip.