There have been two different Americas, and the big split came in 1913. From Jacob G. Hornberger at fff.org:

There have been two completely different Americas in U.S. history. Let’s examine twelve ways in which they differ.

1. For more than a century after the United States came into existence, there was no income taxation or IRS. People were free to keep everything they earned and decide for themselves what to do with it.

Today, income taxation and the IRS are a core feature of American life. The government essentially owns everyone’s income and decides how much people will be permitted to keep, much as a parent permits his children to have an allowance.

2. No Social Security. Earlier Americans rejected the concept of mandatory charity. People were left free to decide for themselves whether to help out their parents and others.

END_OF_DOCUMENT_TOKEN_TO_BE_REPLACED

The Davos men and women confabbing in Davos don’t have a clue as to what’s really going on in the world. From David Stockman at davidstockmanscontracorner.com via lewrockwell.com:

There are a reported 119 billionaires attending the Davos confab this year – plus (allegedly) the Donald, who took a day off from Impeachment to address this august gathering of the world’s movers and shakers.

Also, among the 10 billionaires in attendance from communist China is Ren Zhenfei, founder of Huawei and father of its CFO, Meng Wanzhou. Even as dad courts the rich and famous on the slopes, daughter languishes in a Canadian jail waiting extradition to the US because she had the audacity to do business with Iran against Washington’s instructions and Trump’s latest fatwa against the Tehran government.

These odd juxtapositions plus countless more got us to thinking about Davos Man himself and the ultimate juxtaposition of our times.

To wit, the combined net worth of the world’s billionaires in the year 2000 was $1 trillion, according to Forbes, but at this bublicious moment that number is reckoned at just under $10 trillion. So the 2,150 members of the Billionaires Club now have more net worth than 60% of the world’s population combined. That’s 4.6 billion people!

END_OF_DOCUMENT_TOKEN_TO_BE_REPLACED 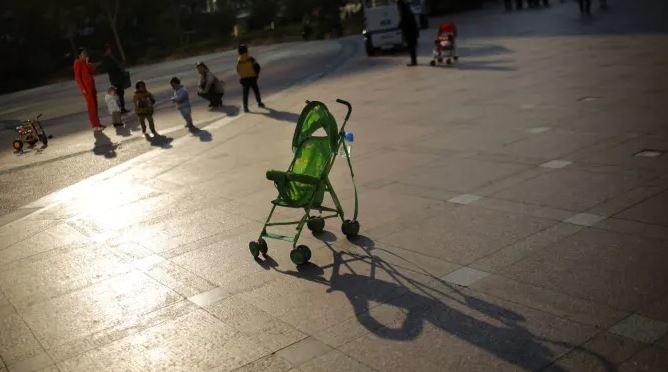 Calling Things by Their Real Names, by Charles Hugh Smith

Charles Hugh Smith is not a big fan of euphemisms. From Smith at oftwominds.com:

One does not need money to convey one’s thoughts, but what money does allow is the drowning out of speech of those without money by those with a lot of money.

In last week’s explanation of why the Federal Reserve is evil, I invoked the principle of calling things by their real names, a concept that drew an insightful commentary from longtime correspondent Chad D.:

Thank you, Charles, for calling out the Fed for their evil ways. We have to properly name things before we can properly address them. I would add that the Fed’s endless creation of “money” to hand out to connected bankers (not all bankers) is just one facet of the evil. The evil also manifests itself as extraordinary political-economical power in a system that allows legalized bribery disguised as free speech.

One does not need money to speak/write to convey one’s thoughts, but what money does allow is the drowning out of speech of those without money by those with a lot of money. In essence, the ultra-rich (i.e. the top .01%) get a huge megaphone to blare their thoughts, many of which are deliberately used to disorient and confuse the common man through the major media and so-called higher institutions of learning. Hence, we get common folk actively fighting for policies and laws that are against their own personal interests, such as promoting “free trade” agreements that are really managed trade agreements, whereby domestic workers are forced to complete with workers in other countries who make a pittance and are not protected by labor or environmental laws.

END_OF_DOCUMENT_TOKEN_TO_BE_REPLACED

By all the time-tested valuation measures and sentiment indicators, the stock market is ripe for a big fall. From Sven Henrich at northmantrader.com:

None of us can know where markets would be trading without the Fed’s constant massive liquidity injections, but now that the bubble recognition has gone mainstream (Bloomberg, FT) and acknowledged by at least one Fed president (Kaplan) I think it’s fair to say: Lower, much lower.

But while investors continue to dance on the liquidity driven momentum rally right into major resistance currently ignored data keeps suggesting that risk is much higher than anyone is willing to acknowledge. Indeed these data points suggest investors may be walking a precarious tight rope without even realizing it.

I do my best to keep pointing out these data points, but so far admittedly in vain:

It sucks being the only sober guy in a bar full of drunks. That is until they barf all over themselves.

Since the Fed is currently hosting the most expensive frat party of all time it’s no wonder that investors are currently ignoring everything else consequences be damned.

I’ll let the reader be the judge, but below are a few charts I think are worth documenting as they highlight what investors are entirely ignoring at this stage.

944 Trillion Reasons Why The Fed Is Quietly Bailing Out Hedge Funds, by Tyler Durden

Usually financial crises start or quickly accelerate where leverage ratios (the amount of debt speculators take on relative to their equity) are the highest. The impending financial crisis will be no different, which makes highly leverage hedge funds speculating in derivatives markets a potential flash point. From Tyler Durden at zerohedge.com:

On Friday, Minneapolis Fed president Neel Kashkari, who just two months earlier made a stunning proposal when he said that it was time for the Fed to pick up where the USSR left off and start redistributing wealth (at least Kashkari chose the proper entity: since the Fed has launched central planning across US capital markets, it would also be proper in the banana republic that the US has become, that the same Fed also decides who gets how much and the entire democracy/free enterprise/free market farce be skipped altogether) issued a challenge to “QE conspiracists” which apparently now also includes his FOMC colleague (and former Goldman Sachs co-worker), Robert Kaplan, in which he said “QE conspiracists can say this is all about balance sheet growth. Someone explain how swapping one short term risk free instrument (reserves) for another short term risk free instrument (t-bills) leads to equity repricing. I don’t see it.”

To the delight of Kashkari, who this year gets to vote and decide the future of US monetary policy yet is completely unaware of how the plumbing underneath US capital markets actually works, we did so for his benefit on Friday, although we certainly did not have to: after all, the “central banks’ central bank”, the Bank for International Settlements, did a far better job than we ever could in its December 8 report, “September stress in dollar repo markets: passing or structural?”, which explained not just why the September repo disaster took place on the supply side (i.e., the sudden, JPMorgan-mediated liquidity shortage at the “top 4” commercial banks which prevented them from lending into the repo market)…

It’s demographically baked into the cake that the population growth rates that have propelled so much economic growth will fall precipitously. From Chris Hamilton at economica.blogspot.com:

This may not be a surprise to many males, but human females are unlike the rest of the animals on earth.  Human females have a unique and totally differentiating factor from nearly all other animal life; their bodies cease being capable of pregnancy approximately half way through their life cycle.  This natural change to sterility (menopause) does not happen in the animal kingdom (nor in human males) essentially so long as they live (ok, actually there may be a couple of whales and porpoises that may also go through menopause…but I digress).  Animals and male humans are still able to reproduce nearly until the end.  But not human females.  Even before menopause fully takes over, typically around 50 years of age, fertility rates drop radically after 40 and miscarriages surge among those able to get pregnant.  By 45, pregnancies essentially cease.

What the hell does this have to do with economics, you may be asking yourself? Judging the size and change of humankinds population is quite different than any other species on earth because of this truncated period of fertility among human females. Thus, to gauge the direction of our species, and the future consumption and potential economic activity, we must focus on annual births versus the 20 to 40 year-old female population and understand that the post childbearing, 40+ year-old female population is, from a fertility perspective, simply an inert echo chamber. The 20 to 40 and 40+ year-old populations shown below through 2040 are not estimates or projections but actual persons which already exist and (absent some pandemic, world war, or change in life spans) will slide through the next 20 years.  All data (except where noted) comes from the UN World Population Prospects 2019 and they collect / compile all the data from the national and regional bodies.  The only real variables in what I’ll show below are immigration, deaths, and births over the next 20 years.  I also primarily focus on the world excluding Africa.  Africa consumes so little, has relatively very low emigration rates, is highly reliant on the rest of the world for it’s economic growth, but from a population perspective, is growing so rapidly as to skew the picture.