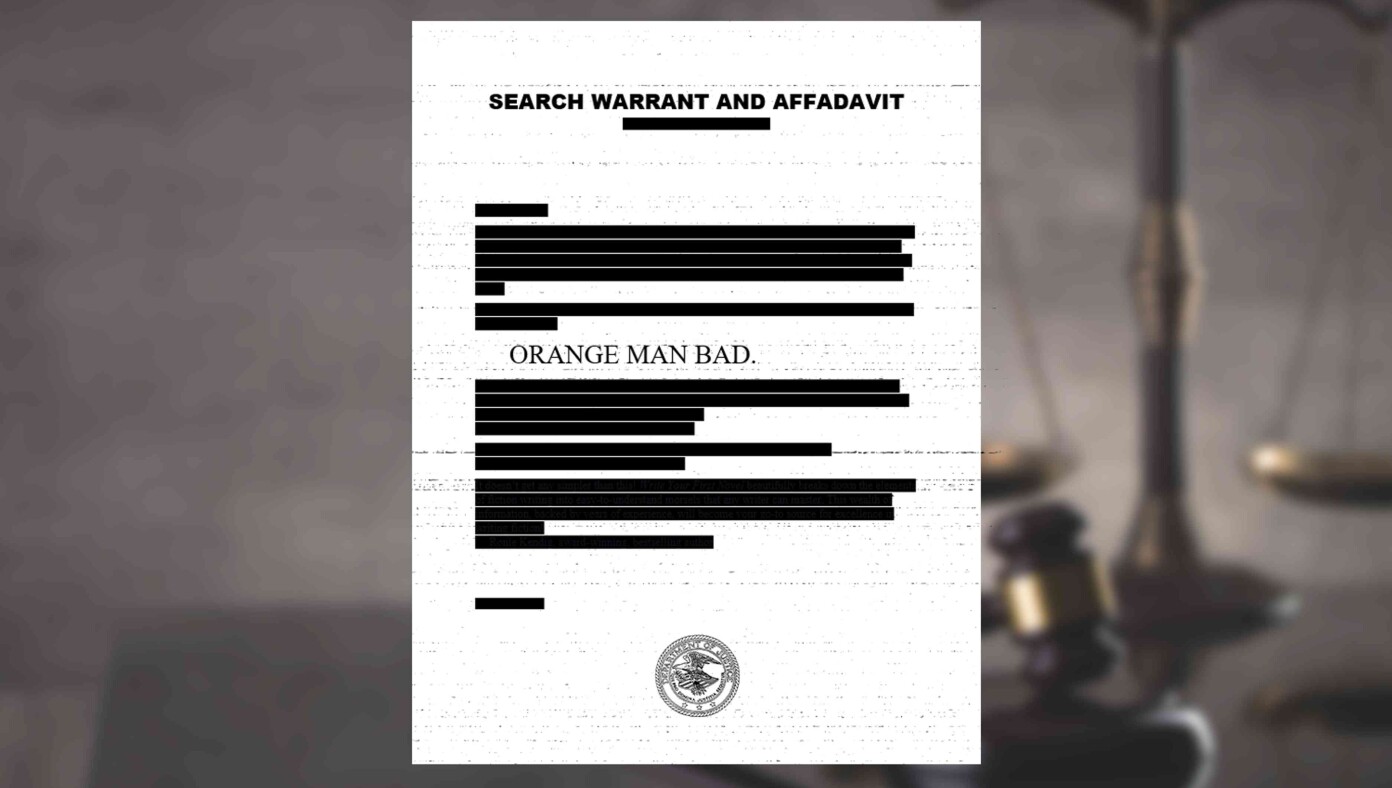 U.S. — The Department of Justice has released the redacted affidavit leading to the search of former president Trump’s home at Mar-a-Lago, and it appears every single word was blacked out except three in the middle: ORANGE MAN BAD.

According to Justice Department insiders, after looking into Mr. Trump’s dealings and listening to his phone calls for the past four years, they were left with only one conclusion: the orange man is bad.

“We think this gives us sufficient reason to raid Mr. Trump’s home, take his passports, and steal his wife’s clothes,” said Attorney General Merrick Garland. “The evidence is clear: the orange man is bad and must be stopped at all costs.”

At publishing time, the Justice Department had agreed to declassify more of the document, showing the final line was just, “REEEEEEEEEEEE!!!!”