The Wheel Turns. . . and Orange Fails, by Eric Peters

Trump is running out of time to recant his enthusiastic sponsorship of the vaccines that are killing more Americans than the disease against which they are ineffective. From Eric Peters at ericpetersautos.com: 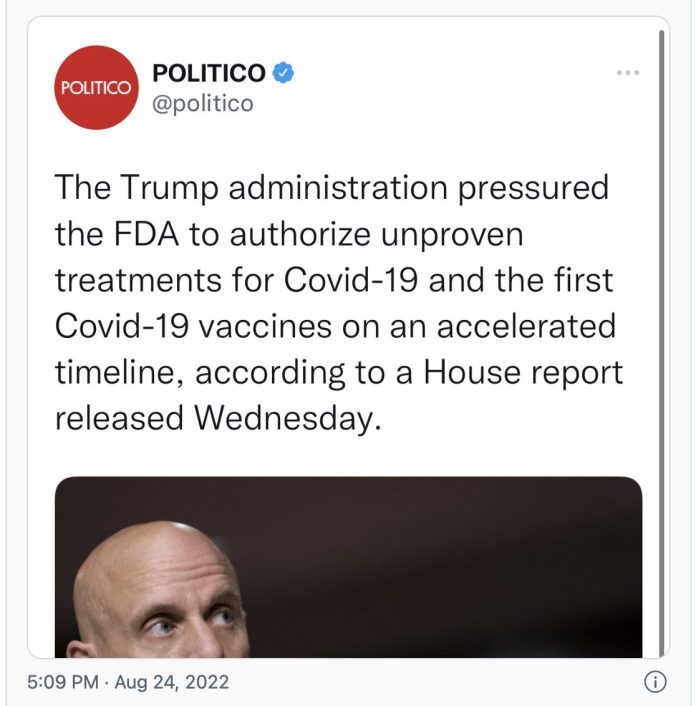 It appears that what some expected to happen is happening. The “mainstream” media is beginning to turn on the Orange Man.

Well, that’s not it exactly.

The “mainstream” media – which has a smaller audience than many podcasters (e.g., Joe Rogan vs. CNN) – was never in favor of the Orange Man. But it is something else that is beginning to lose favor that is closely associated with the Orange Man.

Two guesses what it is.

If you guessed the “vaccines” the Orange Man “warp speeded” past the previously-in-place testing protocols that such drugs had to be run through to assure they were safe and effective before they could be offered (let alone mandated) get thee to the head of the class.

Politico – which is almost as “mainstream” as CNN – derides the Orange Man for doing it. “The Trump administration pressured the FDA to authorize unproven treatments for COVID-19 and the first COVID-19 vaccines on an accelerated timeline…” 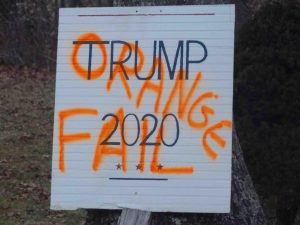 Unsafe, in fact – in addition to being ineffective.

It is now widely known that the “vaccines” are no such thing in that the thing which defines a vaccine is its power to immunize.

These “vaccines” don’t – and even the lowest wattage bulbs are beginning to realize the fact. How many “vaccines” has the Biden Thing taken? Yet it continues to “test positive.” So also the Fauci Thing – and the other Things who insisted the “vaccines” would prevent those who took them from getting – and spreading – the sickness they now get just the same.

Plus the side-effects, which for thousands have included death.

This entry was posted in Government, Medicine, Politics and tagged Covid vaccines, Trump. Bookmark the permalink.