‘You’ll Need F-15s To Overthrow The Government,’ Says Biden To Nation That Was Temporarily Overthrown By An Unarmed Guy In A Buffalo Hat 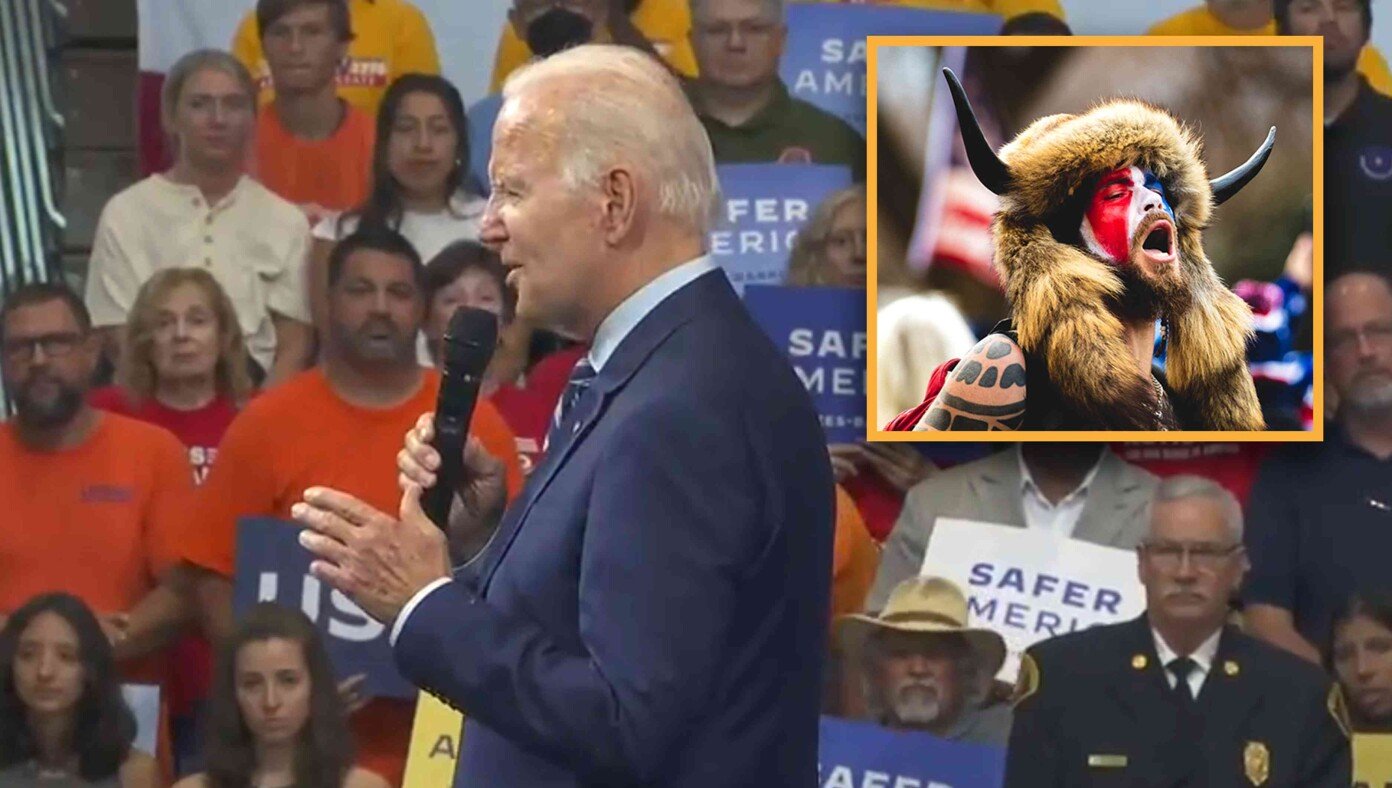 U.S. — President Joe Biden was recently allowed out of his basement to give the American people an important, and timely message that they have no hope of overthrowing the government without any F-15s. The President insisted this, despite less than 2 years ago by his own account the government was in fact overthrown by some unarmed guy wearing a buffalo hat.

“Look, folks, you’ll need F-15s to overthrow us. I mean c’mon seriously man we’re the most powerful country in the world. You can’t just stroll on over and take control of the Capitol building in an afternoon,” said Joe Biden completely unprompted. “We’re not kidding around here! You’ll need an entire army to topple America.”

“Now look folks, at the same time January 6th was no joke. Our democracy almost crumbled and Trump was nearly reinstated as an all-powerful Dictator who would’ve killed millions. Sure, just a couple hundred unarmed rednecks completely shut down the Capitol, but believe me, people you’ll need fighter jets to take on Papa Joe,” said President Biden as he continued to threaten half the nation for some reason. “So don’t try anything funny or we’ll carpet bomb your subdivision!”

According to sources, many Democrats were confused by the messaging. “We’ve been shrieking non-stop about how democracy barely survived the very real and almost successful coup for years now and how the buffalo guy was somehow a serious threat and now Biden gets up there and tells people they don’t stand a chance?” said CNN executive Blive Abrams. “People are going to start thinking we’ll just say anything for views!”

At publishing time, President Biden reminded the nation that a government has never once been overthrown by its own people without powerful weapons of war and that if you didn’t believe him then go look up the Vietcong, Somali warlords, Mexican cartels, Taliban, or Iraqi Insurgents.