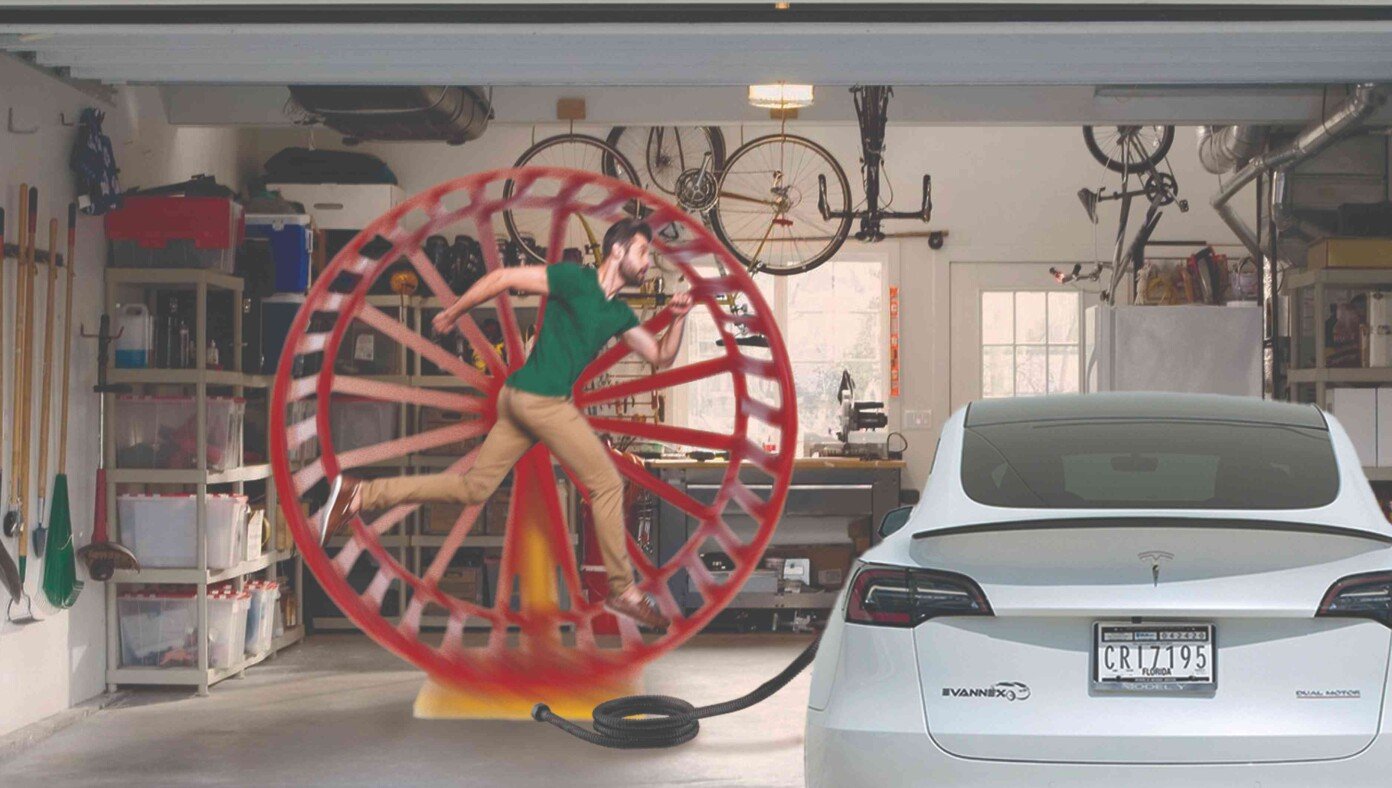 SACRAMENTO, CA — With skyrocketing costs and grid failures across California, the Californian government is recommending everyone purchase a giant human-sized hamster wheel to generate electricity to charge their electric cars.

“Electric cars are admittedly a bit less functional without electricity,” Governor Gavin Newsom in a statement. “So, the other day I had this great idea. You peasants can just generate your own electricity on massive spinning wheels, just like hamsters! You all don’t have anything important to do anyway, I assume.”

The new wheel, currently being developed by top engineers working for the State of California, will stand eight feet tall and look incredibly stupid. Early users report that a full charge requires the equivalent of a 38-mile sprint.

“As soon as little Timmy gets home from daycare, I just put him on the wheel,” said local dad Jon Bennett. “It’s too much for one person, so we get the whole family involved. I even put my mother-in-law in there, but it’s mostly just to watch. She’s so slow with her bad hip.”

The wheel will also be employed in Europe where certain areas project the cost of electricity for a single car charge to reach one hundred euros.

At publishing time, California announced a high-end luxury wheel, with a lower-friction wheel and a feed trough to keep people going.

This entry was posted in Energy, Government, Humor and tagged Power failure. Bookmark the permalink.