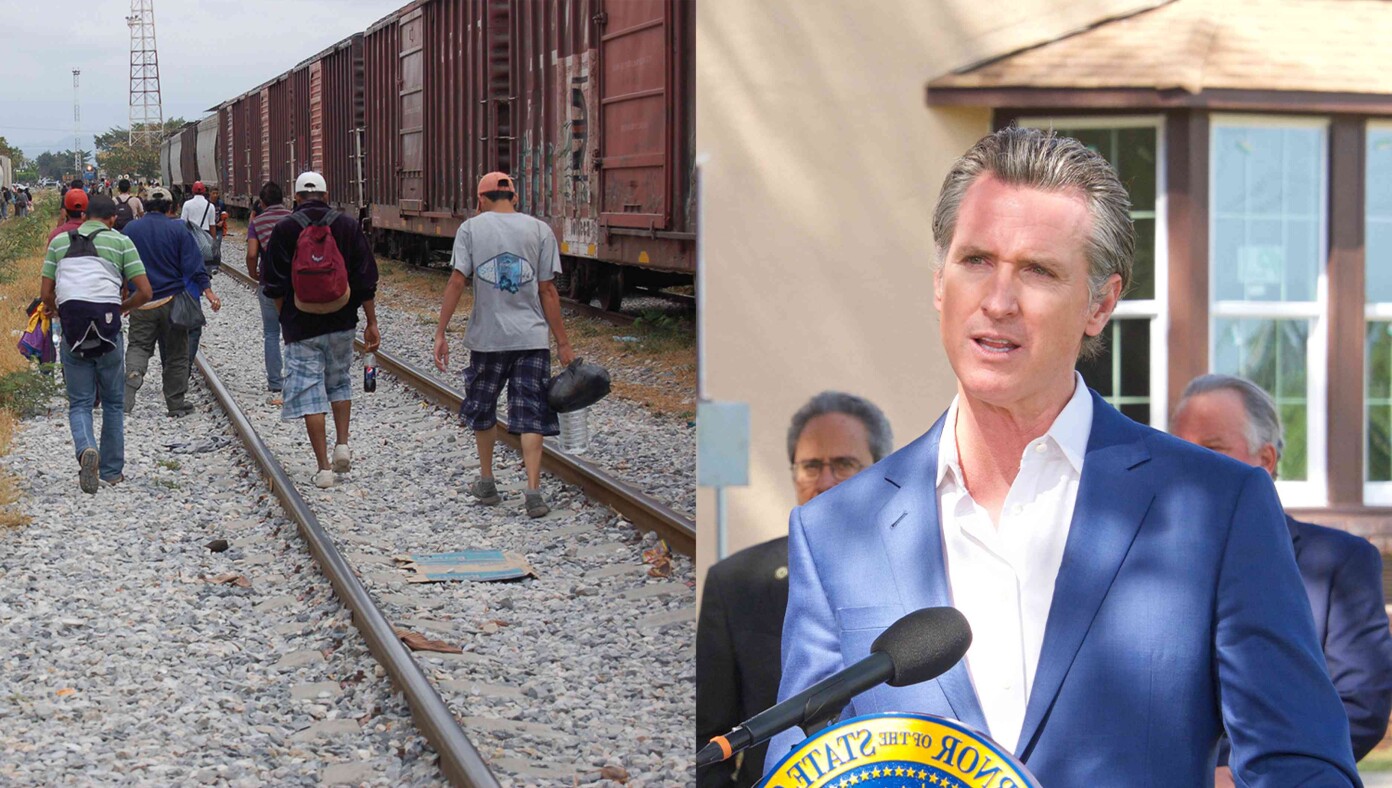 MARTHA’S VINEYARD, MA — This week, Florida Governor Ron DeSantis flew 50 migrants to an affluent island in Massachusetts to highlight the struggles of border states whose resources are buckling amid soaring numbers of undocumented immigrants. Progressives have labeled the action as “cruel” and “heartless,” but when California governor Gavin Newsom volunteered asylum for the migrants in his own state, they declined the offer since they had only recently escaped a collapsing communist state without electricity.

“I don’t like bullies, and Florida governor Ron DeSantis is bullying these migrants by not welcoming them! We in California believe a nation of immigrants draws its strength from more immigrants – come to the sunshine state and we will house you, clothe you, and feed you.” Newsom spoke out in a video message from his home after the events of the week, pledging that there was “no limit” to how high he would tax other people to pay for the migrants’ livelihoods but also clarifying that he would not be able to help personally.

While the migrants have heard the message, they have already voiced their intent to avoid California to reporters, speaking out about the harrowing circumstances they had escaped: skyrocketing inflation, a demolished economy, and obvious corruption at the highest levels of government. The migrants say that California’s trash-littered sidewalks, water shortages, and electrical outages bear too much resemblance to the Venezuela they left behind for it to be a desirable destination.

One of Governor Newsom’s PACs, Robbing California Citizens To Fund Our Voter Base, has posted a press release condemning the migrants for the comparison. “To compare California to Venezuela is disingenuous, and these narrow-minded migrants should be ashamed. They come from a nation where business is stifled by overregulation and state interference, a one-party system has ruled for decades with a compliant state media to tout its success while cities burn, and citizens struggling to pay for gas, food, and other necessities – this is nothing like California. For this disrespect, we call for their immediate deportation to the ‘greener pastures’ of Florida that they seek so much, with plans for them to be re-imported for votes during election seasons.”

At publishing time, Newsom had reiterated his offer in a video at his $5 million home, gesturing to the plentiful electricity around him, but migrants have said that this reminds them too much of the opulence enjoyed by Chavez and then Maduro while they wreaked havoc on the nation.