The never ending propaganda masquerading as science in the name of climate change. From Michael Shellenberger at zerohedge.com:

Over the last several weeks, many mainstream news media outlets have claimed that hurricanes are becoming more expensive, more frequent, and more intense because of climate change.

All of those claims are false. 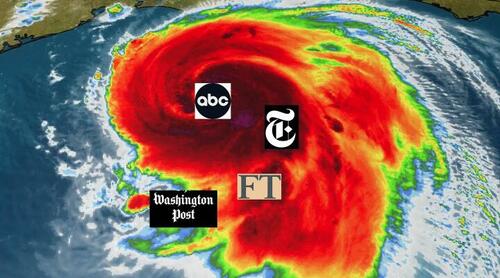 The increasing cost of hurricane damage can be explained entirely by more people and more property in harm’s way. Consider how much more developed Miami Beach is today compared to a century ago. Once you adjust for rising wealth, there is no trend of increasing damage. 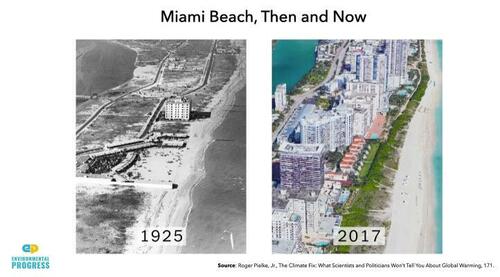 Claims that hurricanes are becoming more frequent are similarly wrong. “After adjusting for a likely under-count of hurricanes in the pre-satellite era,” writes NOAA, “there is essentially no long-term trend in hurricane counts. The evidence for an upward trend is even weaker if we look at U.S. landfalling hurricanes, which even show a slight negative trend beginning from 1900 or from the late 1800s.” What’s more, NOAA expects a 25% decline in hurricane frequency in the future.

This entry was posted in Propaganda, Science and tagged Climate Change, Hurricanes. Bookmark the permalink.