This article was first posted on Straight Line Logic on Memorial Day, 2015. It will be published every Memorial Day for as long as SLL continues as a website.

The Golden Pinnacle, by Robert Gore

On Memorial Day, America remembers and honors those who died while serving in the military. It is altogether fitting and proper to ask: for what did they die? Do the rationales offered by the military and government officials who decide when and how the US will go to war, and embraced by the public, particularly those who lose loved ones, stand up to scrutiny and analysis? Some will recoil, claiming it inappropriate on a day devoted to honoring the dead. However, it is because war is a matter of life and death, for members of the military and inevitably civilians, that its putative justifications be subject to the strictest tests of truth and the most probing of analyses.

Millions have marched off to war believing they were defending the US, which implies the US was under attack. Yet, setting aside for a moment Pearl Harbor and 9/11, US territory hasn’t been invaded by a foreign power since the Mexican-American War (arguably—Mexico claimed the territory it “invaded” was part of Mexico), or, if the Confederacy is considered a foreign power, the Civil War. That war ended a century-and-a-half ago, yet every US military involvement since has been justified as a defense of the US. That has gradually attenuated, in a little noted slide, to a defense of US “interests,” which is something far different.

END_OF_DOCUMENT_TOKEN_TO_BE_REPLACED

For the Sake of Fellowship, by Eric Peters

The road to hell is paved with going along to get along. From Eric Peters at ericpetersautos.com: 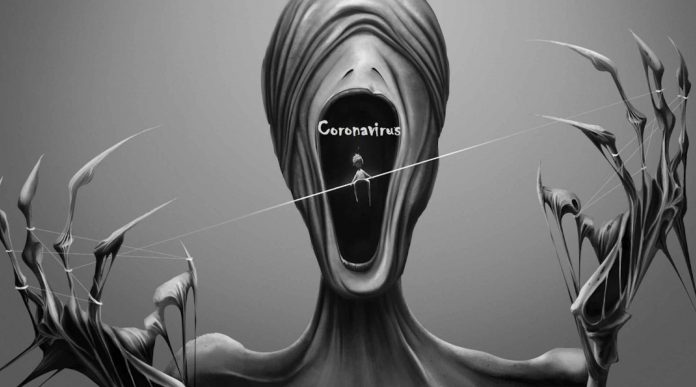 As Solzhenitsyn pointed out in his classic book, The Gulag Archipelago, creating a nightmare of evil is easy if you can convince people they are laboring on behalf of heaven on earth.

Then they will do unimaginable things. Like the things happening right now. And more to come.

Sickness Psychosis is being sold as a virtue – and the corollary is that it’s not virtuous to question it. This will inevitably devolve into something much more ominous. After all, people are dying!

Do you want people to get sick?

People who don’t wear Fear Masks and refuse to pretend these are “necessary” are already being painted as selfish and uncaring. They will be painted as evil and then criminal people.

Trump Has Won the Propaganda War With China, by Tom Luongo

Trump has convinced a majority of Americans that China is responsible for our problems, particularly our ailing economy and the coronavirus outbreak. From Tom Luongo at strategic-culture.org:

Donald Trump has finally won a war. It’s a war he’s uniquely suited to fight, a propaganda war, and he’s successfully waged it on China through his command of Western media.

Stating this doesn’t imply any kind of judgment on my part as to whether he should or should not have waged this war with China. He has and he has emerged victorious, thanks to his reframing the threat from COVID-19 as an evil Chinese plot to kill millions of people.

Now, I’m convinced that the circumstances surrounding COVID-19 were a plot by evil people to kill millions of people and usher in a bleak, authoritarian nightmare they’ve had legislation and action plans written to execute for years. I’m just not convinced it was China that was wholly behind it.

In fact, my fundamental problem with Trump’s China propaganda war vis-à-vis COVID-19 is that it lets the real culprits for how it unfolded around the world off the hook. But, ultimately, that’s a different discussion.

Today’s discussion is about where things stand between the U.S. and China and what’s on tap for the future. Why do I think Trump has won his war against China?

END_OF_DOCUMENT_TOKEN_TO_BE_REPLACED

Why Some Americans Love Government Lockdowns, by MN Gordon

Scientists are always whittling away at the unknown with new tools and technologies.  The honest ones recognize the limits of their work.  Yet they push onward; always chasing the elusive breakthrough.

The charlatans, however, don’t care about adding to human knowledge.  Frustrated by their lack of progress, they’ve long since given up on practicing real science.  What they care about is their university tenure…and how they can apply complex tools to bolster the profitability of their bamboozle.

The science of epidemiology has self-destructed.  Mathematical biologists of the doom orthodox have sullied the profession.  The Imperial College computer model led by Professor Neil Ferguson – a charlatan – to justify lockdown orders in England and the United States has been revealed to be utter trash.

The public health authorities were duped.  The President and most state governors were bamboozled.  The corporate media was conned.

END_OF_DOCUMENT_TOKEN_TO_BE_REPLACED

COVID-19 Has Replaced Osama bin Laden as the Fall Guy for Lost Liberties, by Robert Bridge

It’s hard to scare anyone with Osama bin Laden anymore, seeing how he’s dead and all. But Covid-19 has stepped up as the new scary thing to get people to surrender their freedom. From Robert Bridge at strategic-culture.org:

The government and media have dumped at the doorstep of the coronavirus many of the political, economic and social afflictions that are now ravaging much of the global population. In reality, they need to point the finger at themselves.

In the face of a novel virus threat, China clamped down on its citizens. Academics used faulty information to build faulty models. Leaders relied on these faulty models. Dissenting views were suppressed. The media flamed fears and the world panicked.

That is the story of what may eventually be known as one of the biggest medical and economic blunders of all time. The collective failure of every Western nation, except one, to question groupthink will surely be studied by economists, doctors, and psychologists for decades to come.

To put things in perspective, the virus is now known to have an infection fatality rate for most people under 65 that is no more dangerous than driving 13 to 101 miles per day. Even by conservative estimates, the odds of COVID-19 death are roughly in line with existing baseline odds of dying in any given year.

Yet we put billions of young healthy people under house arrest, stopped cancer screenings, and sunk ourselves into the worst level of unemployment since the Great Depression. This from a virus that bears a survival rate of 99.99% if you are a healthy individual under 50 years old (1, 2).
Continue reading→

The Conman Elites That Want To “Save Us” From The Coronavirus, by Brandon Smith

Beware of those who hold themselves out as our saviors from the coronavirus. From Brandon Smith at alt-market.com:

Last week the Federal Reserve released a report predicting that the next print on GDP numbers will likely show a loss 34.9% in the second quarter. This is the biggest GDP plunge since the Great Depression; even the crash of 2008 doesn’t compare.  And when we take into account the fact that the Fed artificially boosts GDP calculations by adding in many non-productive government programs, we have to ask, what are the REAL losses above and beyond what the Fed admits to?

With the supply chain in disarray, many companies (like Apple) are trying to shift their manufacturing base to dodge the pandemic. Of course, none of them want to bring factories back to the US; there’s simply no incentive to do so. And, the small business sector has been crushed by the shutdowns, with the vast majority of those seeking bailout loans still waiting for aid and over 20.5 million employees laid off in April alone.

Needless to say, the economy has been severely affected. The problem is that many people are being led to believe that this event has been triggered by the virus outbreak alone. This is a lie. As I noted back in February in my article ‘Global Centralization Is The Cause Of The Crisis – Not The Cure’, the collapse of the Everything Bubble was well underway long before the pandemic. The crash was started by the Federal Reserve hiking rates into economic weakness at the end of 2018, puncturing the bubble and setting the liquidity crisis in motion.

The pandemic is just the icing on the cake of a collapse that was going to happen anyway. It is also a convenient scapegoat, because now the banking elites are going to escape all the blame for the crash and the public is going to hyperfocus on the coronavirus as the culprit.