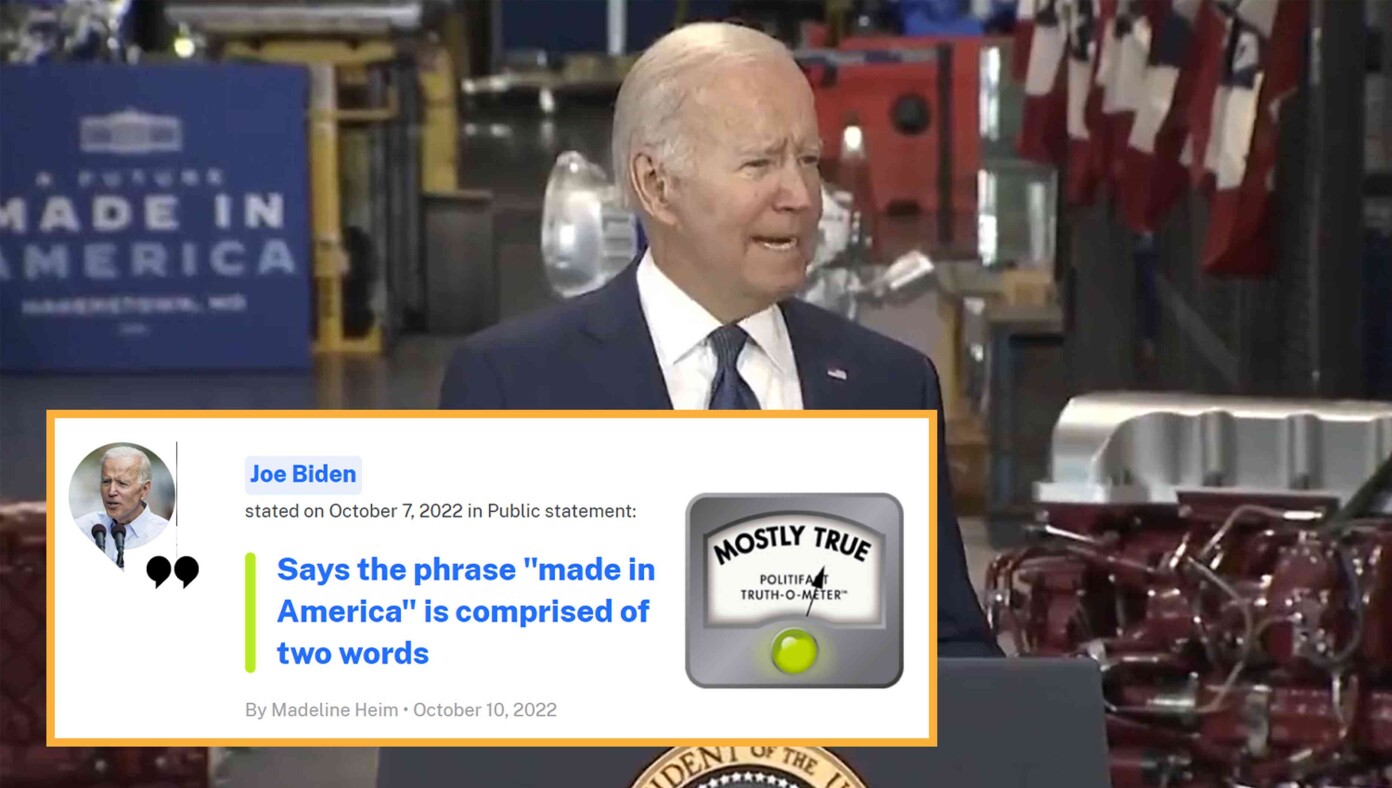 U.S. — In a recent speech, President Biden was quoted as saying “folks, two words: made in America.” The internationally respected and trusted fact-checking organization Politifact examined Biden’s statement that the phrase “made in America” was only two words and rated it “mostly true.”

“While it is technically true that the phrase ‘made in America’ is 3 words, it’s important to realize that 3 is only one number away from 2,” said the piece. “One number away isn’t that much. It’s only a difference of 1. Therefore, we rate President Biden’s claim as mostly true.”

That didn’t stop conservatives from pouncing on what they perceived as being a gaffe. “Look at Biden on stage, the dude’s not even there,” said Congressman Ted Cruz. “He babbles nonsensical, untrue things constantly! He has no business leading the country!”

Snopes then rated Ted Cruz’s statements as “false,” based on Politifact’s fact check of Biden.