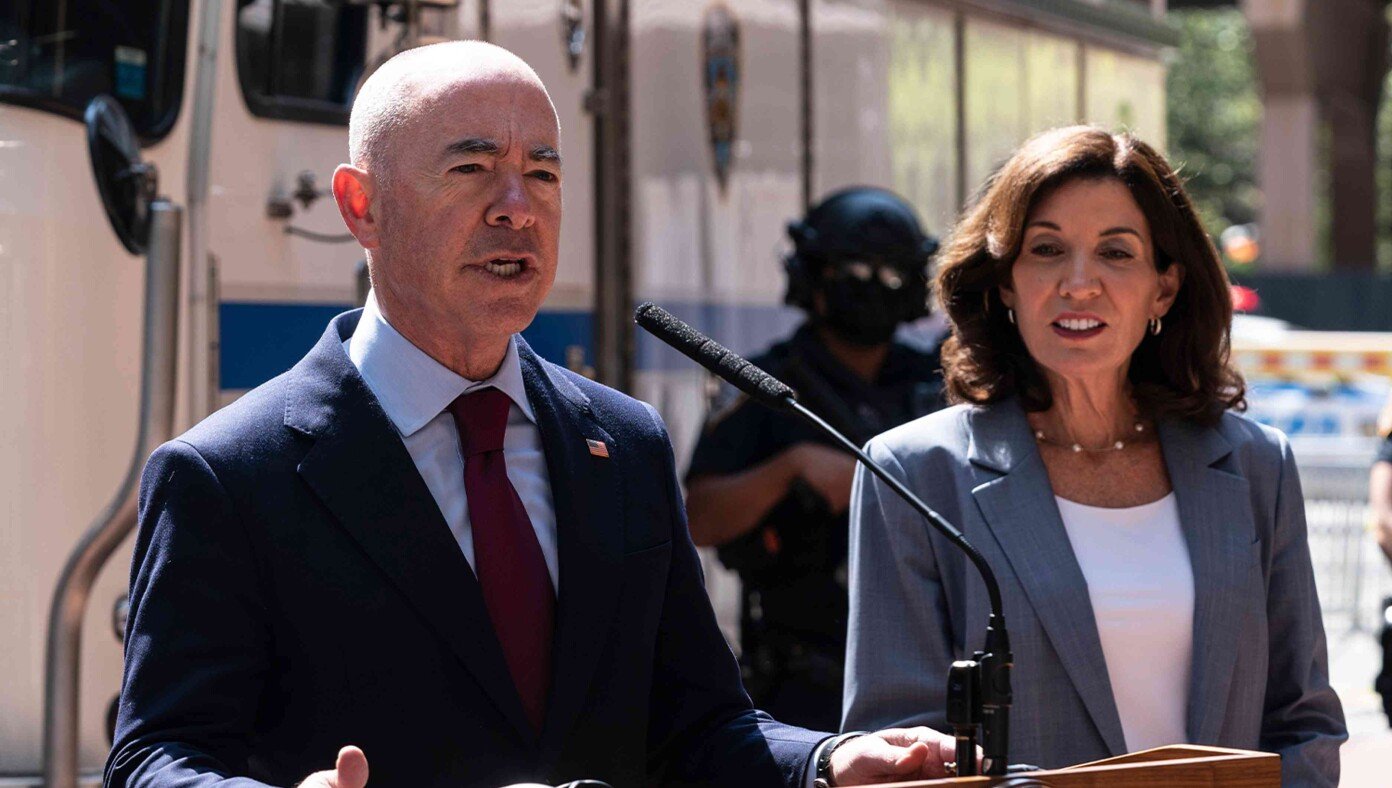 “As everyone knows, democracy is when Democrats hold unlimited power, and today that sacred foundation of our country is under attack from free speech,” said Mayorkas from a massive television screen being played in the town square before an assembly of glassy-eyed citizens in identical grey jumpsuits. “We will not tire of protecting our country from violent threats such as speech, opinions, people saying stuff, and bad inward thoughts that poison the mind against your benevolent overlords. I love democracy!”

Democracy experts warn that democracy is under threat like never before as millions are being allowed to say whatever they want to each other without trusted fact-checkers supervising their every word. Said experts are recommending greater powers be given to the Department of Homeland Security to address this growing threat.

At publishing time, the DHS had coordinated with Facebook to remove a meme that reminds people of how Mayorkas looks somewhat like a large pink toad.