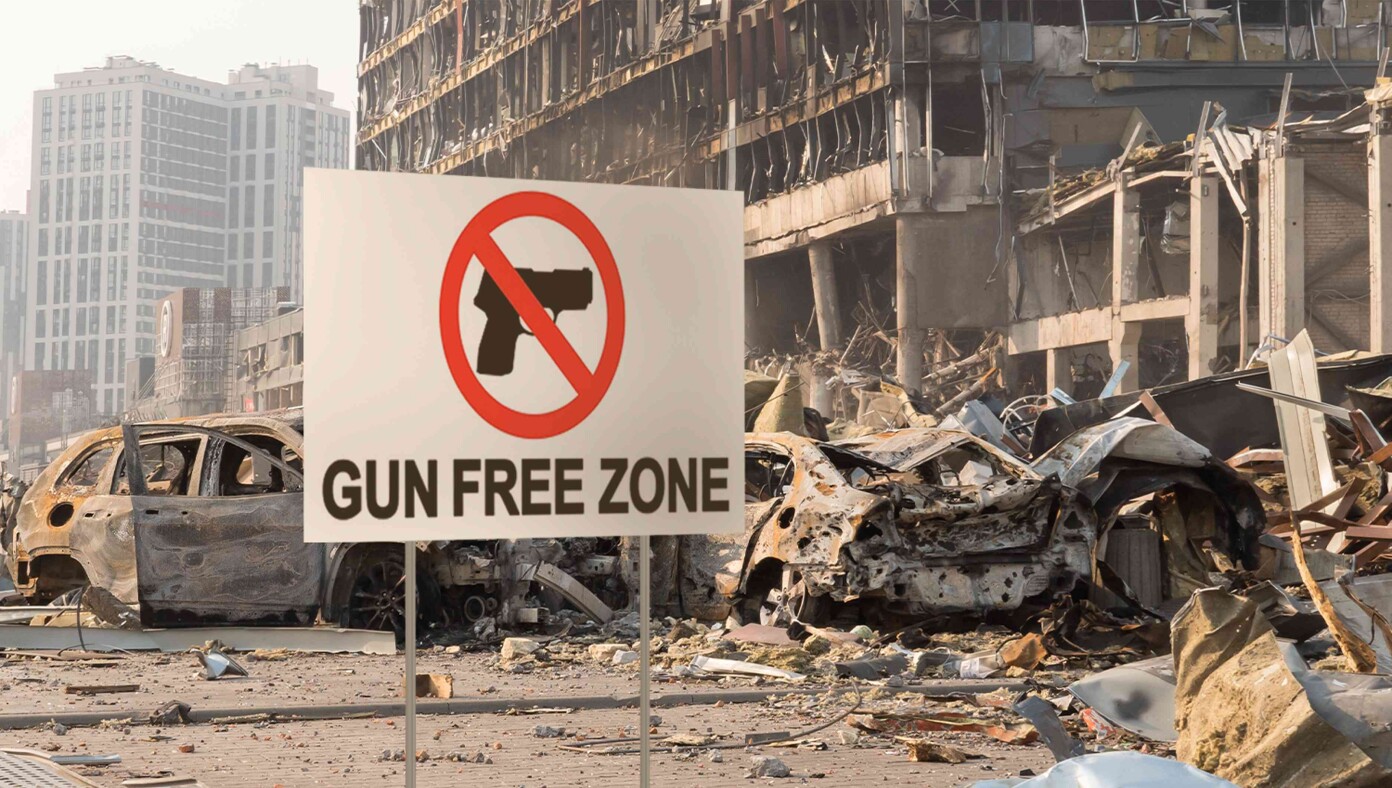 KYIV, UKRAINE — The United States has solved the crisis in Ukraine after Congress voted to install a “gun-free zone” sign in Ukraine. The sign is expected to put an end to the Russia-Ukraine crisis, which began in 2014 with fighting in isolated regions before escalating to a full-scale land invasion of Ukraine in February 2022.

“Welp, I guess it’s over,” said one Russian general in Crimea. “The sign is very clear, comrades. There’s no way of getting around this. Time to go back home!”

“This is a big win for peace,” said Chris Murphy, the junior Democratic Party senator from Connecticut. “These signs will put a stop to all fighting in Ukraine and restore stability to the region, just like they do in downtown Chicago.”

Some in Congress feel like the sign is just a start. “The sign is fine. And I cosponsored it, by the way,” said Congresswoman AOC. “But what about artillery and tanks? We need signs that say ‘Artillery-And-Tank-Free Zone’ as well. Also, the sign should have a pride flag on it for inclusivity.”

The 3-foot by 5-foot steel sign was built in Detroit, Michigan, and transported to Kiev, the capital of Ukraine, by a team of United States Navy SEALs. The team was fired upon by Russian fighters as the SEALs left after completing the mission.

At publishing time, fighting resumed after a Ukrainian tank inadvertently shot a tank round through the word “free.”

This entry was posted in Humor, War. Bookmark the permalink.