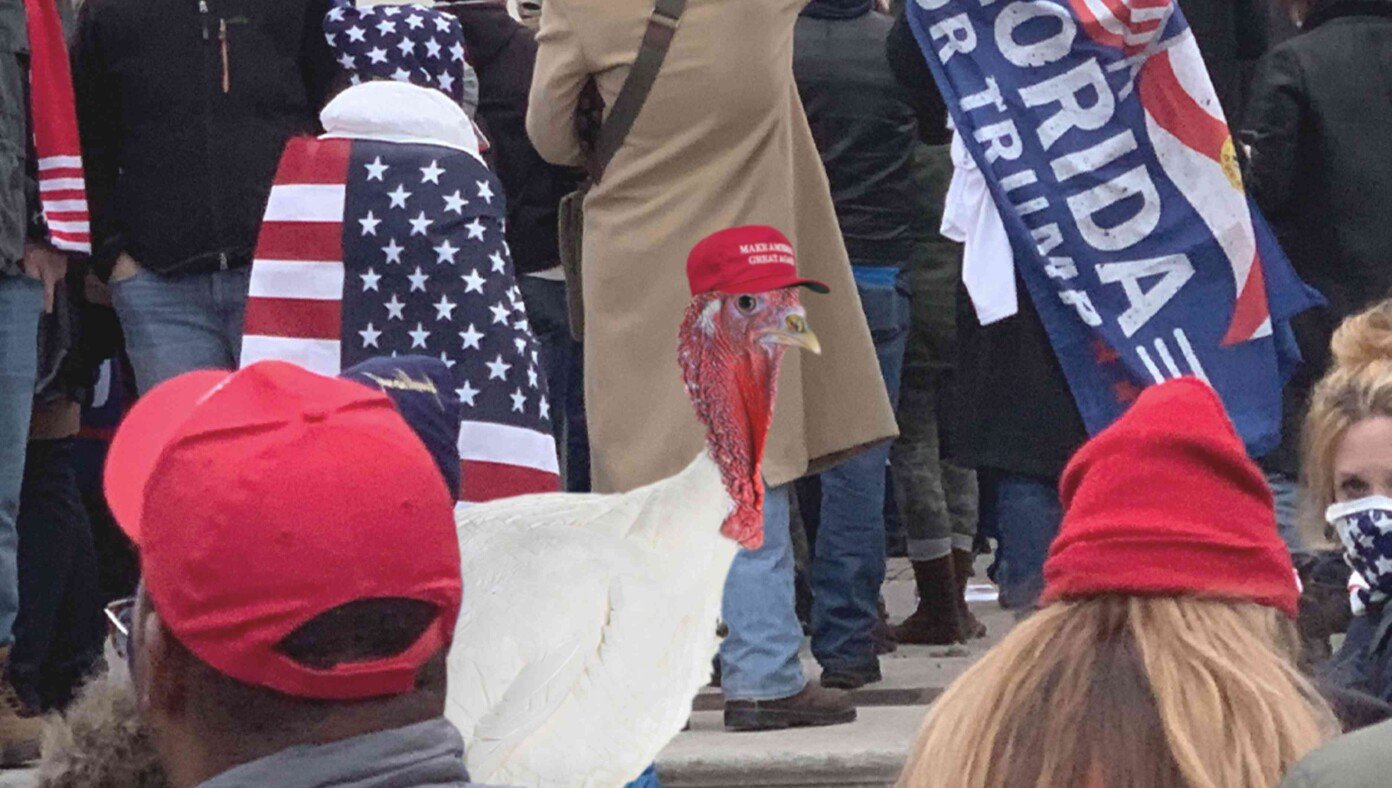 WASHINGTON, D.C. — In a break from a long-standing tradition, the White House announced that this year’s Thanksgiving turkey would not receive a ceremonial pardon from President Joe Biden after it was discovered that the turkey had attended the riot at the U.S. Capitol on January 6, 2021.

“The turkey we had chosen for the occasion has been determined to be completely undeserving of a pardon,” said White House Press Secretary Karine Jean-Pierre in a media briefing. “The President was very eager to bestow a pardon, but unfortunately, it came to our attention that this turkey participated in the violent attack on the Capitol that attempted to overthrow the government and destroy democracy itself.”

The turkey has been returned to police custody.