How real food is raised. From Hardscrabble Farmer at theburningplatform.com: 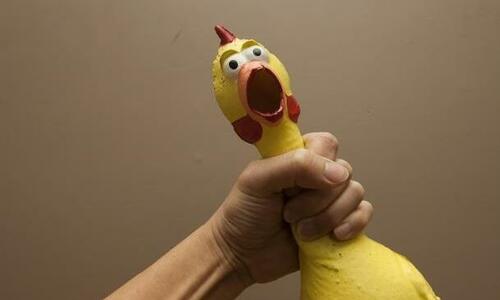 Understand this; were it not for the US Government and the USDA, this situation would not be possible. They created the industrial food system, they deliberately targeted small family farms for destruction and every single outcome since that time was designed to happen by the experts.

1.8 million chickens on a single farm. In what kind of mad scientist fever dream could any scenario like this occur? That is not a farm, it is a factory. It would be like describing the crowd at the Super Bowl as a loving and committed relationship, only a thousand times more absurd.

Farming is a traditional means of managing land, livestock, perennial vegetation, annual crops and a single multi-generational family with the skills and experience necessary to preserve the health and well-being of everything in that system as nature intended. What the government subsidizes and exploits today no more resembles that than a gas pump at a service station does your own child. Nature is not a series of machine; it is an organic system that operates with or without us. It wasn’t created by man and it will endure without him. The arrogance of attempting to thwart it by turning it into some Frankenstein monster results only in catastrophic failure.

On out farm animals do not succumb to illness or disease because we look after their continuing health and fitness on a daily basis. We provide them with access to the things that Nature and God have supplied in abundance and protect them from predation and distress. These CAFO/industrial food systems created by the USDA and big business look at livestock and produce the same way an accountant looks at numbers in a ledger. They have no other purpose aside from control and profit. The manures are not seen as a means of fertility, but as waste. The flavor and texture of the end product is immaterial and they are the single most common source of food borne illness in the US. They require frequent medication, intense amounts of energy and vast distribution chains. They rely on the mitigation of bacteria rather than the maintenance of a healthy environment where such opportunistic pathogens are kept in check.

This entry was posted in Business, Environment and tagged Agriculture, Food. Bookmark the permalink.

One response to “Fowl Play, by Hardscrabble Farmer”