Does Trump Really Want To Be President Again? By Victor Davis Hanson

And if Trump does want to be president again, is it an ego and power thing, or does he sincerely want to do some good? From Victor Davis Hanson at zerohedge.com:

Cleveland remains our only elected president (1884) to have lost a reelection bid (1888) — in a disputed vote — only to be reelected four years later in 1892. 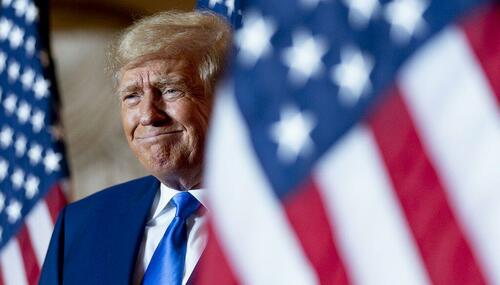 Yet Trump seems determined instead to follow a different, and bullheaded, Teddy Roosevelt model.

Roosevelt left the presidency in 1908, sat out four years, and then lost a reelection bid in 1912, split and alienated the Republican Party, and ensured the election of the progressive Woodrow Wilson.

Biden birthed hyperinflation. He destroyed a secure border and Trump’s energy self-sufficiency. Crime is now out of control. The United States was humiliated abroad in Afghanistan. Rising interest rates will soon spark a recession.

After promising to unite the country, Biden smeared half the voting population as “un-American” and “semi-fascist.”

In addition, almost all of Trump’s prior complaints, predictions, and assertions that the media dismissed as conspiratorial, or crackpot have proven eerily prescient.

Hunter Biden’s laptop was all too authentic.

The FBI was compromised and acted as an agent of the Democratic Party. Anthony Fauci proved a partisan.

This entry was posted in Government, Media, Politics and tagged Donald Trump. Bookmark the permalink.